In November1812 Henry aged 30 and William Greentree aged 29 together with Thomas Steele aged 35 were charged with stealing 2 sheep valued at £2 each from Joseph Hollaway, after the sheep were discovered missing and footprints were followed from the paddock to the home of Henry Greentree. Confessions were taken, but it was not until 7th March 1814 that the men were brought to trial in Winchester Castle.

They could not have been in jail all this time as when they were brought to trial for stealing the two sheep, William and Thomas Steele had several additional charges brought against them related to the stealing of horses and oak bark in 1812 and 1813. Henry and Thomas were also accused of having stolen in the past year different horses, while Steele was solely charged with stealing another 7 horses and 2 ewes. A further reason for believing that they were free is that Henry’s wife had given birth to their fifth child in January of 1814.

William and Henry Greentree were found guilty of stealing the 2 sheep but not guilty of the other charges, while Thomas Steele was found guilty of his charges. They were all sentenced to death, but Henry and William’s sentences were commuted to transportation for life before the rising of the court. A Richard Greentree, believed to be Henry’s brother was described as ‘still at large’. Thomas Steele was hanged 19 days later on Saturday 26th March 1814. The official conditional pardon for Henry and William was signed on 11th April 1814.

The two cousins were transferred to the ship ‘Marquis of Wellington’ on 6/8/1814, the ship leaving port in early September arriving in Sydney 27th January 1815 having being almost five months at sea. On January 1st 1815, Henry’s wife Jane and their five children set sail in the ‘Northampton’ arriving in Sydney 18th June 1815. 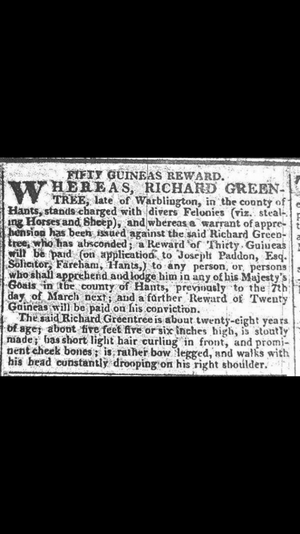 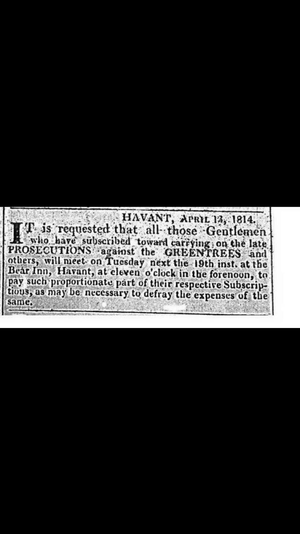 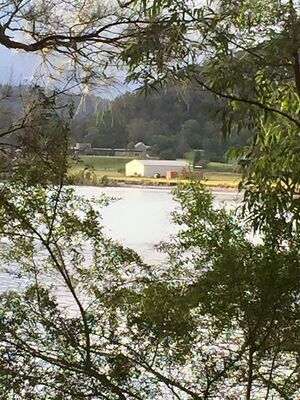 Peter Jones
The current date of birth, 15 Dec 1781, seems to have no primary source. One of the sources just added suggests that Henry was baptised on 1 July 1781 so was obviously born before that date. Should his date of birth therefore be amended?
posted Apr 15, 2019 by Peter Jones