Elisabeth was a teacher, working at an alms school, and reminded single during her life. In her later years, she lived off investments and a pension. She was the sister of the composer Edvard Grieg.

To give a glimpse into Elizabeth's spirit, here is a portion of a letter she sent to her brother Edvard on New Year's Day 1883:[1]

Dear Vardo and Niske! Then we are back in a new year, which I wish of quite heart May be good and blessed for you, you Dear! God be with you where you go, He gives you the chance to find the happiness, you seeking! Today, it's really a stupid wish, for happiness, I think, is found first when one ceases to search for it; it is something inside one itself, like that not to run around the earth. It is now my opinion, but none the less less I hope you are out in the world a bit get some of the longings and misses gone set, which you must naturally feel.

Elisabeth was born 30 March 1845 in Bergen, the daughter of Alexander Grieg and Gesine Hagerup. She was baptized 25 May of the same year at Nykirken, Bergen.[2] She was confirmed at Nykirken 27 April 1862. The priest said she had done "very good" on her studies.[3]

At the time of the 1885 Norway Census, Elisabeth living in Oslo and working as a teacher at an alms school. Her niece, Signe Grieg, was also living with her. The aunt and niece were residing at the home of a widow, Sophie Borchgrevink, also a teacher, and Sophie's two daughters, Alma and Margrethe. There were a dozen other people living at the household, so perhaps Sophie was running a boarding house.[5]

By 1910, Elisabeth was living in Oslo with her elder sister Benedicte. The sisters' source of income was investments and property. There were two servants in the household as well, Petra Ysteaes and Johanne Johannesen.[6]

Elizabeth died 19 May 1927 in at her home in the Uranienborg neighborhood of Oslo due to complications from a stroke. Her remains were buried 23 May of the same year.[7] Many sources have her place of death as Bergen; however, this is incorrect, as the death record clearly indicates her death came at her home in Oslo.

ask our community of genealogists a question.
Sponsored Search by Ancestry.com
DNA
No known carriers of Elisabeth's ancestors' DNA have taken a DNA test. 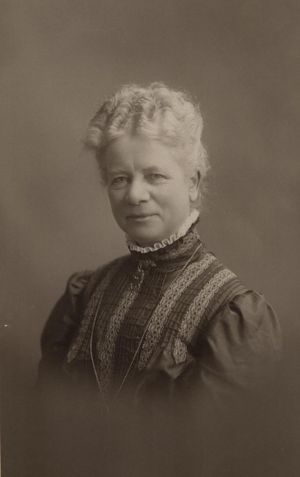 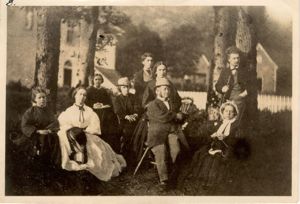 Elisabeth is 27 degrees from Donald Howard, 22 degrees from Julia Howe and 16 degrees from Henry VIII of England on our single family tree. Login to find your connection.