Florestan I Grimaldi was a member of the aristocracy in Europe.

He succeeded his elder brother Honoré V as Sovereign Prince of Monaco on 2 October 1841, taking the name Florestan I. He paid homage to Carlo Alberto di Savoia, King of Sardinia in 1841 and received the investiture of the areas of Menton and Roquebrune, though they proclaimed themselves as free and independent on 20 March 1848. Florestan had issued a Constitution based on that of Sardinia in 1848.

He had married 27 November 1816 at Commercy, Champagne, France, Marie Louise Caroline Gabrielle Gibert, the daughter of Charles Thomas Gibert, and Marie Le Gros de Vaubercey, who had been born at Paris on 18 July 1793.

They had two children;

Thanks to Janice Hardin, who started this profile 8 March 2012.

Is Florestan I your ancestor? Please don't go away!

ask our community of genealogists a question.
Sponsored Search by Ancestry.com
DNA
No known carriers of Florestan I's DNA have taken a DNA test. 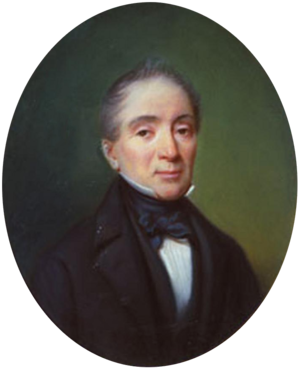 Florestan I is 22 degrees from Claire Nava, 20 degrees from Levi Strauss and 13 degrees from Henry VIII of England on our single family tree. Login to find your connection.