Lt. Col. Virgil Ivan "Gus" Grissom (April 3, 1926 – January 27, 1967), was one of the original NASA Project Mercury astronauts. He was the second American to fly in space, and the first member of the NASA Astronaut Corps to fly in space twice. He was killed along with fellow astronauts Ed White and Roger Chaffee while performing a pre-launch test before what would have been his third trip into space.

"Gus" grew up in Mitchell, Indiana, a midwestern town of a little over 3,000 people, with his parents and younger silblings, Wilma, Norman and Lowell. His father was a railroad employee. They lived at 715 Baker Street and Gus attended and graduated from Mitchell High School.[2][3][4][5]

Grissom enlisted 9 Aug 1944, at Ft. Benjamin Harrison, Indiana, in the Army Air Corps for the "duration of the War or other emergency, plus six months, subject to the discretion of the President or otherwise according to law."[6]

He met Betty Moore in high school and they married 6 July 1945.[7] They had two children Scott and Mark. Gus believed in the principle of "home is home and work is work," and although he spent long hours away from home, when he was there his family was his main focus.[8]

Grissom was tragically killed, 27 Jan 1967, along with fellow astronauts Ed White and Roger Chaffee, while performing a pre-launch test before what would have been his third trip into space.[9] He is buried at Arlington National Cemetery in Arlington, Virginia.[10] 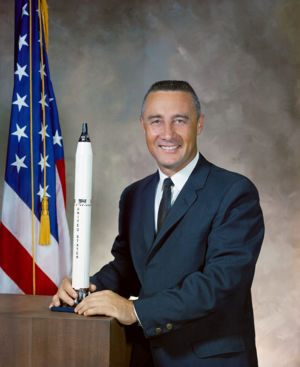 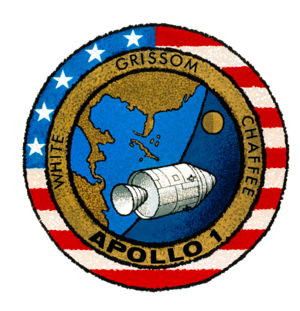 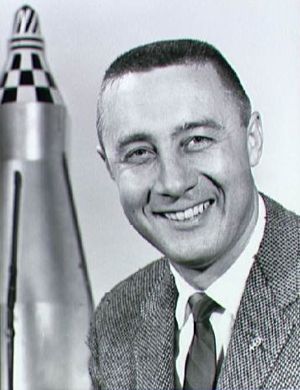 Rhonda (Tucker) Zimmerman
Should it also be mentioned somewhere here, that in 1968 Bunker Hill Air Force Base in Indiana was renamed in honor of Colonel Grissom?
posted Jun 20, 2019 by Rhonda (Tucker) Zimmerman
Michael Gutschmidt
I am confused. This is the profile of the week, so it should be an example how to do it. But in the upper section I read: private wife, children unkown. Then in the biography section I read: his wife Betty Moore, his children Scott and Mark. Is this the way how it should be done?
posted Mar 02, 2017 by Michael Gutschmidt