He lived with his parents and siblings in Manheim, Lancaster County, Pennsylvania in 1850Samuel Groff, United States Census, 1850.

Samuel, originally from Pennsylvania, was a collector of fines with the Police Court since 1885 in Washington, DC. Around 1896, he came up with an improved method of fastening the letterboxes along city streets.

He invented such a fastener and received a patent for street letter box fasteners which could then be sold to the U.S. Postal Office.

Samuel possessed considerable talent for mechanics. Among his inventions were a projectile, a safeguard for streetcars, a device for catching crabs and a street indicator. 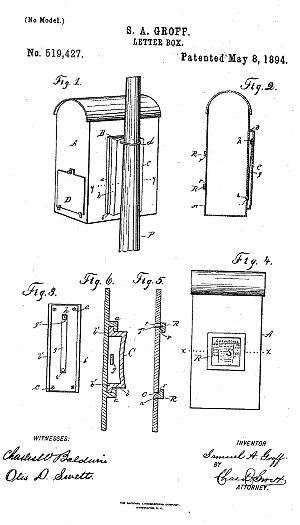