Joseph Guillotin was born on May 28 in Saintes (actual Charente-Maritime, region Aquitaine). He was the ninth of 13 children of Joseph-Alexandre Guillotin, a lawyer, and Catherine-Agathe Martin.

Joseph was physician, a teacher of anatomy, physiology and pathology in the Medical Faculty of Paris, as well as the author of several political books. Long before the 1789 Revolution, he was well known for having suggested several reforms.

He is best known however, as the inventor of the "guillotine" which was used for capital executions in France for 189 years. The machine had in fact existed since the 16th century and was finally perfected by his colleague Antoine Louis (hence one of its nicknames "Louison"). It had been designed, first, as an egalitarian mode of executions (before the Revolution, the mode of execution depended on the type of crime and the birth of the condemned), and also as a more humane method. The perverse effect was that the guillotine's efficacy largely contributed to the huge numbers of executions during the Terror which followed the Revolution. Joseph Guillotin, was quite unhappy that his name had been given to the famous machine.

Joseph Guillotin died in Paris on 26 March 1814. He had devoted the last years of his life to medicine, particularly promoting anti-variolic vaccination. 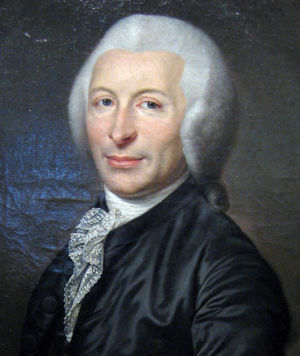 Joseph is 30 degrees from Danielle Liard, 23 degrees from Jack London and 22 degrees from Henry VIII of England on our single family tree. Login to find your connection.