When Francis Hart Vicesimus Guinness was born on 2 September 1819 in Dublin, Ireland, his father, Hosea, was 54 and his mother, Jane, was 43. He left Ireland as a young man and settled briefly in Kumtowl Tirhoot ,Patna, India,where he worked at Christopher Rowland Richardson's Indigo production facility, this is where he met and married Catherine Marian Richardson on 16 November 1844, the daughter of Christopher Rowland Richardson.

The couple left India for better prospects in New Zealand. They departed Calcutta on 15th Jan 1852 on the schooner Joseph Manook, via Perth and Adelaide. The departed Adelaide to Melbourne on the Athenian, where they stayed for 10 weeks before the final leg of the voyage on the Tory to Lyttleton New Zealand. Frank secured land rights in NZ, but farming was not his forte, He became a farm equipment merchant , police inspector , JP and magistrate.They had seven children in 18 years. He died on 18 July 1891 in Wellington at the age of 71, and was buried in Linwood, Canterbury with this wife Catherine and son Benjamin.

Magistrate and warden at Collingwood and Ashburton NZ

Son of Rev Hosea Guinness , senior line of the Guinness Brewery Family. Arrived in NZ August 1856 having left Ireland he lived in Patna India where he meet and married Catherine Marian Richardson the daughter of Col Christopher Rowland Richardson Sen. Traveling via Australia they arrived into New Zealand August 10 1852 on the barque Tory, 484 tons, under Captain Rowe, from Melbourne

Death Notice The late MR FRANK GUINNESS (Wellington Evening Post, July 18th 1891). It is with great regret we have to record the death this morning early, at the Hospital, of Mr Frank Guinness, father of Mr A. R. Guinness, MHH, and well known in both Canterbury and the West Coast of the Middle Island. The deceased gentleman, who was 72 years of age, arrived in this colony from Australia in 1852, and has since filled with conspicuous credit many public positions in this colony. He was Inspector of Police in Canterbury, and subsequently Postmaster and Clerk to the Bench at Akaroa. By the late Mr Sefton Moorhouse he was appointed a Receiver of Gold Revenue on the West Coast, and when he retired further on from the Government service he became a member in turn of the Westland county council and the Nelson provincial council. Ultimately he was appointed harden at Collingwood, and then Resident Magistrate at Ashburton, from which position he had not long retired. But recently returned from Australia, whither he went in search of health, he was staying in this city for a visit, when the illness which caused his death seized upon him. Removed to the hospital, he underwent an operation at the hands of Drs Collins and Fell, and was apparently making fair way towards recovery. Great exhaustion, however, supervened, and finally the worst symptoms developed, his death occurring as above. Deceased, who will be buried in Christchurch, leaves two daughters and five sons, who will have a host of sympathizers with them in their bereavement, following so close as it does upon the death of their mother in February 1891

Francis Hart Vicesimus Guinness, generally known as Frank, was born Sept 18th 1819 Dublin, County Dublin, Ireland . His father's name was Hosea Guinness. His mother was Jane Hart. Frank Guinness was an indigo planter in India by 1844, possibly with the East India Company. There he married Catherine Marion Richardson at Patna, on 16 November 1844; Daughter of Christopher Rowland Richardson & Catherine's Martha Anne Humphreys, who married Col Christopher Rowland Richardson Sr in Montgomery, Wales, in 1812. "The County of MONTGOMERY is 94 Miles in Circumference, contains about 500000 Acres, is divided into 7 Hundreds, in which are 6 Market Towns, and only Montgomery sends a Member to Parliament, which is the County Town, 47 Parishes and about 5660 Houses Montgomeryshire, situated deep in the Welsh Marches, the border country between Wales and England (21 miles west of Shrewsbury). Originally the county town of Montgomeryshire (now part of Powys), Montgomery has a population of 1256 (2001 census) and is one of the most attractive towns in Wales He gave his prior address as Province of Trikoot, West Bengal India They were to have seven children, 1. Sir Arthur Robert Guinness – 1846-1913 ( NZ Speaker of the House) 2. Edwin Rowland Guinness (Sen) –1847-1930 3. John Clephane Guinness –1949- 1904 4. Frank Hart Guinness, – 1851 -1895 5. Catherine Mary Guinness – 20th Feb 1856-1918 ( Married Frederick Charles RICHARDSON) 6. Emily Jane ( Jennie) 17th May 1864-17 May1932 ( Married John CAMPBELL 7. Benjamin Michael Valentine Guinness -1860-1920 The family with four children ,emigrated first to Melbourne Australia and then, in August 1852, to Lyttelton New Zealand on the barque Tory, Guinness became a cadet on Michael John Burke's station, Halswell, and although he awarded the first licence in Feb 1854 6,000 acres backing on the Halswell River at Tai Tapu, to Ladbrooks (Run 138, afterwards re-numbered 110, Class II) affectionately call the Guinness Run, as the preferred name of Halswell Station was often recognised as his cousin Burke’s land grant . Sadly after 5 years hard work and the building of their first homestead. unable to hold it, being at this time 'chronically hard up’. Was transferred to Thomas Barrett in 1860 The was also allocated a 50acres at Papanui Christchurch ( Block 307) This location block is defined by Papanui Road , Grants Road and Dormer Road . Of note Papanui Medical Centre is situated in this section. He then became a horse dealer and later an auctioneer and land salesman in Christchurch. He was active in sporting and social circles, helping to form the Canterbury Jockey Club and the Canterbury Rifle Volunteers, and taking second place in the 1861 Anniversary Day rifle shooting match. He was appointed lieutenant in No 1 Company of the Rifle Volunteers in 1860 and captain in 1861. Looking for more secure employment, Guinness had joined the Canterbury Province Armed Police Force as a sub-inspector in 1858-1862. Initially in charge of the Christchurch station, he was posted temporarily to Akaroa from late 1862 to 1864. (2nd Class Inspector) He was threatened with losing this position when the necessity of having an inspector at such a small place was questioned. His superiors also disapproved of his political sympathies, for he openly expressed a concern for the interests of working people, including policemen. He resigned in December 1864, and in 1865 was appointed postmaster and clerk to the Bench at Akaroa. His resignation from these positions seems to have been precipitated in the same year as he was adjudged bankrupt. A second phase in Guinness's career opened with his appointments as warden's clerk to the goldfields at Greymouth in 1867 and as receiver of gold revenue in 1869. In 1872 he was appointed justice of the peace and resided at Ahaura. He moved in 1874 to Collingwood, Nelson, where he had been appointed resident magistrate. Oct 28th 1874 (New Zealand Gazette)

His political views of supporting the underpaid and social reform was such that there were said to have been protests when he was transferred to Ashburton in 1879. He returned to Christchurch in 1882 where, after a brief return to auctioneering, he took over a horse repository, saleyards and produce store, retiring in 1883. After his retirement Guinness became prominent in the nascent radical labour movement. In 1881 the Working Men's Political Association had been formed in Christchurch with the aim of achieving worker representation in Parliament. The association's programme included protection of local industry, a land and income tax and payment for members of the House of Representatives. Members were also active in pressing for land nationalisation, closely restricted immigration and the eight hour day. There were close links between the leadership of the WMPA and the rationalist-humanist Freethought Association. In 1883 Guinness, almost certainly a member of the latter, became president of the WMPA and actively promoted ideas which echoed the views of Henry George and Karl Marx. During 1884 Guinness, now vice president of the WMPA, was part of an enthusiastic group which gave a tumultuous hearing to another who had become more radical with age, Sir George Grey. Grey was especially well received on account of his support for the notion of taxing the unearned increment. Guinness seconded a motion of thanks. The WMPA, apparently driven by faction on fundamental issues, in particular the nationalisation of land, went into recess during 1885 with the suggestion that a new society be formed on a revised platform. During 1887 a meeting of Christchurch unemployed formed a Canterbury Labour Union and soon adopted the rules and name of the American-based Knights of Labour, which sought to promote the interests of industrial workers along with land nationalisation and a state bank. Guinness was added to the standing committee after a strong attack on 'the great evil of introducing assisted immigrants'. He showed further concern for the unemployed the following year by moving that the New Zealand Knights of Labour urge the government to provide relief work building roads out of Christchurch. He also spoke strongly in support of replacing the property tax with a land and income tax. Frank Guinness died aged 71, 18th July 1891 at Wellington, his wife died in 11th February the same year at 17 Armagh Street. Now part of the NZ HISTORIC PLACES TRUST , and owned by Cathedral Grammar CATEGORY II , Lot 1, DP 29859, CB 12B/7738 It is unclear of the connection the family had with John Anderson sn who owned his home around this decade And is Buried Block 10 Plot 10 Lynwood Cemetery Christchurch, with his son Benjamin Michael Vicesimus Guinness (age66) adjacent to his wife Catherine Block 10 Plot 9

posted 29 Jun 2009 by Phil Richardson
Login to add a memory.
Is Frank your ancestor? Please don't go away! 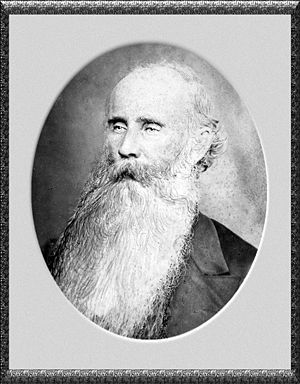 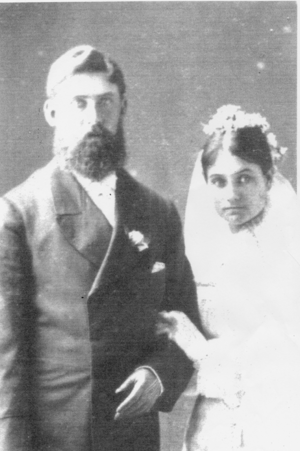 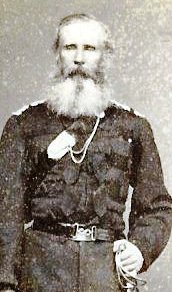 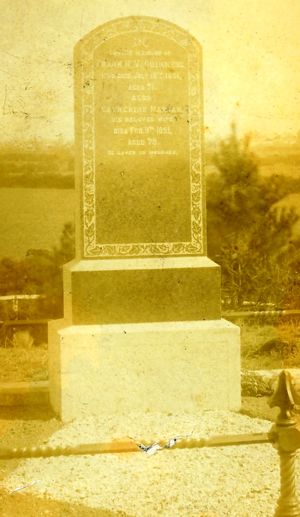 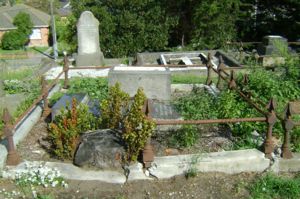 Phil Richardson
Guinness-29 and Guinness-786 appear to represent the same person because: CLEAR DUPLICATE
posted Jun 15, 2018 by Phil Richardson
[Living McClenaghan]
Francis Hart Vicesimus (Frank) Guinness JP, parents are listed as, https://www.wikitree.com/wiki/Hart-1 is listed as the Father and https://www.wikitree.com/wiki/Guinness-9 is listed as the Mother. Parents are back to front.
posted Jan 12, 2017 by [Living McClenaghan]