Hosea as the eldest son become an ordained minister.

He was born in 1765 and was for thirty years rector of St. Werburgh's and became Chancellor of St. Patrick's Cathedral. and was christened 12 Sept 1766 at Beumount, Dublin, Ireland And died at his residence Camden Street , Dublin, Ireland on 5 March 1841.

His descendants are the eldest line of the Guinness family. Among them was Miss May Guinness, the distinguished painter, who died in 1955, aged ninety-one. She won the Croix de Guerre for her bravery under bombardment as a nurse at Vadelaincourt, near Verdun, in the First World War. A disciple of Andre Lhotte, she was an accomplished artist with a strongly individual style. Hosea's youngest son, Francis Hart Vicesimus Guinness, emigrated first to India and then to New Zealand, where numerous family of his descendants are to be found today. His eldest son, Sir Arthur Robert Guinness, became Speaker of the House of Representatives in 1903.

He was educated at Oxford University, Oxford, Oxfordshire, England, and graduated with a Bachelor of Arts. He was educated at Trinity College, Dublin University, Dublin, County Dublin, Ireland. He graduated with a Doctor of Law (LL.D.). Was the vicar of Chapelizod in 1812. He was the Chancellor at St. Patrick's Cathedral, Dublin, County Dublin, Ireland. Rev. Guinness became the rector of St Werburgh's, Dublin and served for over 30 years.

Rev. Hosea Guinness died at home on Camden Street, in Dublin on March 5, 1841. He is buried at Saint Werburgh's Churchyard in Dublin, Ireland. [1]

Is Hosea your ancestor? Please don't go away!

ask our community of genealogists a question.
Sponsored Search by Ancestry.com
DNA Connections
It may be possible to confirm family relationships with Hosea by comparing test results with other carriers of his Y-chromosome or his mother's mitochondrial DNA. However, there are no known yDNA or mtDNA test-takers in his direct paternal or maternal line. It is likely that these autosomal DNA test-takers will share some percentage of DNA with Hosea: 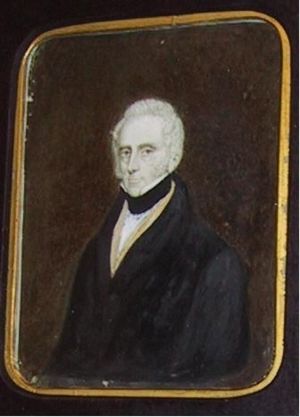 Phil Richardson
Guinness-781 and Guinness-9 appear to represent the same person because: clear duplicate
posted May 08, 2018 by Phil Richardson