Elizabeth Gunning was a member of the aristocracy in British Isles.

Elizabeth Gunning was the second of the three surviving Gunning sisters, the daughters of Colonel John Gunning, of Castle Coote, county Roscommon, and his wife, the Hon. Bridget Bourke, who were all considered very beautiful. Elizabeth was born at Hemingford Grey, county Huntingdon, and baptised there 7 December 1733, .

In late 1740 or early 1741, the Gunning family returned to John Gunning's ancestral home in Ireland, where they divided their time between their home in Roscommon, and a rented house in Dublin. According to some sources, when Maria and her sister Elizabeth came of age, their mother urged them to take up acting in order to earn a living, due to the family's relative poverty. The sources further state that the Gunning sisters worked for some time in the Dublin theatres, befriending actors like Margaret Woffington, even though acting was not considered a respectable profession as many actresses of that time doubled as courtesans to wealthy benefactors. However, other sources[who?] differ and point out that Margaret Woffington did not arrive in Dublin until May 1751, by which time Maria and her sister Elizabeth were in England.

In October 1748, a ball was held at Dublin Castle by the Viscountess Petersham. The two sisters did not have any dresses for the gathering until Tom Sheridan, the manager of one of the local theatres, supplied them with two costumes from the green room, those of Lady Macbeth and Juliet. Wearing the costumes, they were presented to the Earl of Harrington, the then Lord Lieutenant of Ireland. Harrington must have been pleased by the meeting as, by 1750, Bridget Gunning had persuaded him to grant her a pension, which she then used to transport herself, Maria, and Elizabeth, back to their original home in Huntingdon, England. With their attendance at local balls and parties, the beauty of two girls was much remarked upon. They became well-known celebrities, their fame reaching all the way to London, with themselves following soon afterwards. On 2 December 1750, they were presented at the court of St James. By this time, they were sufficiently famous that the presentation was noted in the London newspapers.

Elizabeth was immortalized in portraits by, among others, artists Sir Joshua Reynolds [1] and Gavin Hamilton [2].

Marriage into nobility[edit] In January 1752, Elizabeth met the Duke of Hamilton. According to Walpole, on 14 February (St. Valentine's Day) at a party at Bedford House, the duke declared his desire to marry Elizabeth that night and he called for a local parson to perform the ceremony. However, without a license, calling of banns, and a ring, the parson refused. They were eventually married that night in Mayfair Chapel (which did not require a license) in a clandestine marriage, with a ring from a bed-curtain, whereupon Elizabeth became the Duchess of Hamilton.

When the duke died in 1758, she became engaged to the Duke of Bridgwater, but the engagement was cancelled that year for reasons unknown. On 3 February the following year she married John Campbell, Marquess of Lorne.

From 1761 to 1784, she was a Lady of the Bedchamber to Queen Charlotte. Her husband later succeeded to his father's title of Duke of Argyll in 1770, and Elizabeth became known as the Duchess of Argyll. On 20 May 1776, King George III, a long time admirer of hers, created her Baroness Hamilton of Hameldon in her own right.

Children[edit] She had three children from her first marriage with the Duke of Hamilton:

She was a direct descendant of the famous female Irish Pirate, Grace O'Malley.

This profile was auto-generated by David Hughey through the import of SarahGirably.ged on Jun 14, 2014. 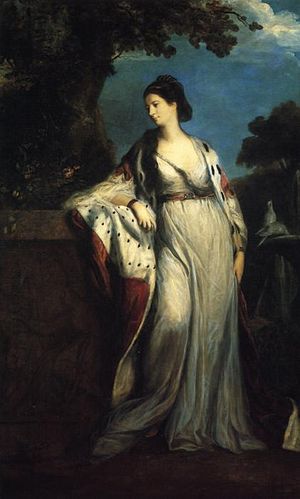 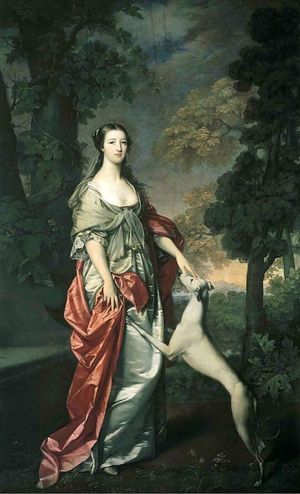 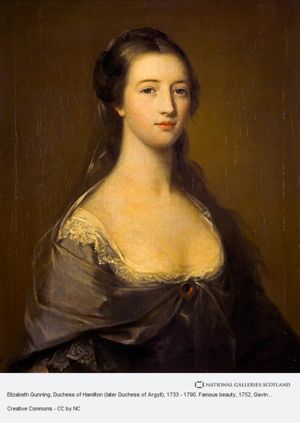