Greta Garbo was a notable Swedish-American actress. Born as Greta Lovisa Gustafsson on 18 Sep 1905 in Katarina Parish at the Island Södermalm in Stockholm, she was the daughter of Karl Alfred Gustafsson and Anna Lovisa Johansson.

Moshe "Mauritz" Stiller, born July 17, 1883, in Helsinki, Finland, was a director, writer and actor. He directed "Gösta Berlings saga" with 18 year old Greta Garbo in her first major role. Greta Garbo and Mauritz Stiller came to be best friends and allies forever. Stiller introduced Garbo to the German audience in 1925, before the two sailed off to the USA to make "The Temptress" for Paramount/Irving Thalberg in 1926.[1]

"To Garbo watchers and the world at large, Garbo’s post-Hollywood life remained as glamorous as that of an MGM star. She summered in Klosters, Switzerland, and traveled the world with bold-faced names such as Cécile Rothschild, Aristotle Onassis, and Deborah Kerr. She collected paintings by Renoir and the Expressionist Alexej von Jawlensky. She attended the theater with a variety of friends, until photographers drove her away. And while her closets were stuffed with hundreds of gowns, she boasted to decorator Billy Baldwin that she had never worn a single one. (Intriguingly, a proposed collaboration with Halston came to an abrupt end when her first visit to his salon was capped off by an encounter with paparazzi.)"[3]

Garbo never married and had no children. She passed away on 15 April 1990 in New York City, New York.

Garbo's niece, Gray Gustafson (Reisfield), was the sole heiress to the estate[4], said to have been worth $32 million.[5] 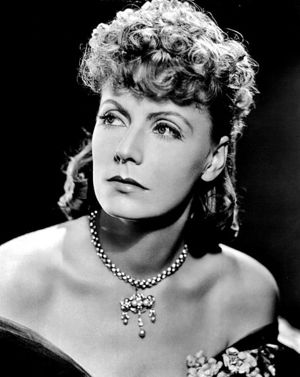 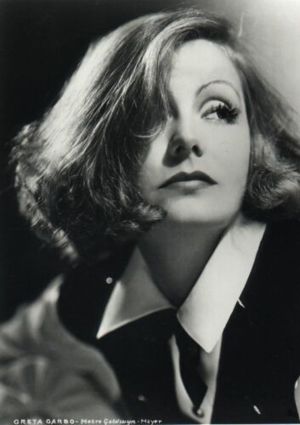