Piotr Gwozdz is a part of the Galicia Project.

Piotr Gwozdz migrated from Kingdom of Galicia and Lodomeria to United States.

He came to Adams, Berkshire, Massachusetts, United States around 1904.[3][4][5] He worked at the Berkshire Mills until he entered the business field.

On February 3, 1909 Piotr married Bronislawa Banas in Adams, Berkshire, Massachusetts, United States.[8] In 1910, his occupation was listed in the census records as a weaver.[3]

In 1911, Piotr and Wojciech F. Prejsnar established a grocery and soda manufacturing business. After a few years the business was moved where in 1919 a furniture store was established in place of the grocery store. In 1923, the partnership was dissolved with Mr. Gwozdz becoming the sole owner of the two enterprises.

In 1931, the company became affiliated with the Orange Squeeze Bottling Co. of New Orleans. In 1947, the operation was moved to Howland Avenue.

When the New Orleans plant went out of business in the 1940s, the company kept the name and continued bottling and selling the Adams version of Orange Squeeze.

He was also proprietor of the Gwozdz furniture store.

Is Piotr your ancestor? Please don't go away!

ask our community of genealogists a question.
Sponsored Search by Ancestry.com
DNA
No known carriers of Piotr's DNA have taken a DNA test. 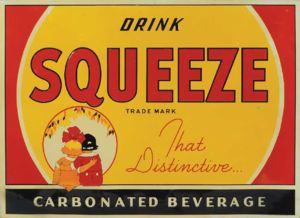 Skye Sonczalla
Hi Andrea! I have updated the birth field for this profile as he would have been born in Galicia (pre-1918 area for this village.) Please follow through links to the free-space page for Galicia where you may find records in the Polish Archives to further your research. Pope John Paul was a notable from this village as well. Best of luck to you!
posted Jul 22, 2019 by Skye Sonczalla