Handel is regarded as one of the greatest composers of the Baroque era, with works such as Water Music, Music for the Royal Fireworks and Messiah

Georg Friederich Händel was the son of Georg Händel and Dorothea Taust.[1] He was born in 1685 in Halle an der Saale in the Kurfürstentum/Electorate Brandenburg.

He was baptized on 24 Feb in the Julian calendar which is 6 Mar Gregorian. It was customary in the area to baptize infants the day after they were born, therefore, the general assumption is that he was born 23 Feb/5 Mar.[2]

Most of Handel's early life is known only from his biography published by John Mainwaring in 1760[3] and summarized in his Wikipedia article.

His family's name appears in several variations in the church books in Halle. Victor Schoelcher also writes that Georg Friedrich used the last name Hendel during his extended travels in Italy, but that he had started to sign as George Frideric Handel right after his arrival in England.[4]

Messiah is an English-language oratorio composed in 1741 by George Frideric Handel, with a scriptural text compiled by Charles Jennens from the King James Bible, and from the version of the Psalms included with the Book of Common Prayer. It was first performed in Dublin on 13 April 1742 and received its London premiere nearly a year later. After an initially modest public reception, the oratorio gained in popularity, eventually becoming one of the best-known and most frequently performed choral works in Western music.[5]

During the first London performance of Handel's Messiah, King George II stood up as soon as the Hallelujah chorus kicked in - unsurprisingly, it became de rigeur after that. 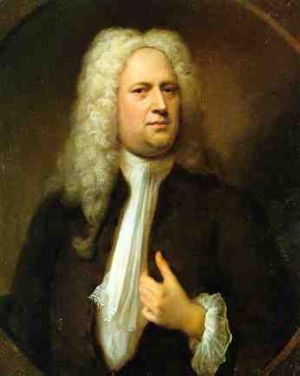 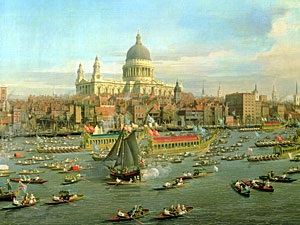 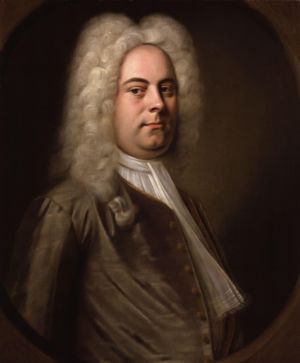 Messiah in George Handel's Own Hand 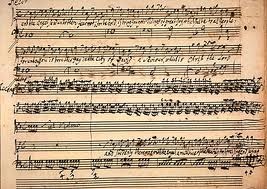 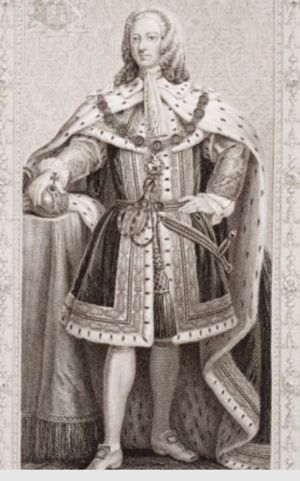 Leave a message for others who see this profile.
There are no comments yet.
Login to post a comment.
Mitzi Benfield
Händel-66 and Handel-131 appear to represent the same person because: I found Handel-131 and asked to be put on the trusted list to enter bio. Info. I did not see this profile. Michael Bissell-Benefiel is the profile creator.
posted Aug 03, 2019 by Mitzi Benfield

Helmut Jungschaffer
The book most often referenced for the Händel family is "Georg Friedrich Händel's Stammbaum nach Original-Quellen und authentischen Nachrichten aufgestellt und erläutert" by Karl Eduard Förstemann. It was published in 1844 and while he states that all his conclusions are supported by various entries in church books and civil records of Halle he does not provide a case by case attribution of sources. Even so it seems to be widely accepted as correct. I am currently waiting for a publication requested via interlibrary loan (Die Familie Händel und Halle, 2006) which is currently not otherwise available. Once I have that I would be willing to enter the parents and other family members and will ask for those parents to be added at that time.
posted Apr 28, 2017 by Helmut Jungschaffer

Helmut Jungschaffer
LNAB should be Händel, Proper First Name: Georg Friederich. The birth date of 23 Feb is according to the Julian calendar, the Gregorian calendar date is 5 Mar, it is an assumed date based on the common practice in Halle to baptize children the day after birth, so should be marked uncertain.

The Herzogtum Magdeburg was a part of the Kurfürstentum Brandenburg in 1685.

Paula J
Oh wow, Helmut! Thank you for that beautiful record!!! Can you insert it into the bio or something so that no one will miss it? I could delete some of the images
posted Apr 27, 2017 by Paula J