Philip II (Spanish: Felipe II «el Prudente») was King of Spain from 1556 and of Portugal from 1581 (as Philip I, Filipe I). From 1554 he was King of Naples and Sicily as well as Duke of Milan. During his marriage to Queen Mary I (1554–58), he was also King of England and Ireland. From 1555, he was lord of the Seventeen Provinces of the Netherlands. Known in Spanish as "Philip the Prudent", his empire included territories on every continent then known to Europeans, including his namesake the Philippine Islands. During his reign, Spain reached the height of its influence and power. This is sometimes called the Golden Age. The expression "The empire on which the sun never sets" was coined during Philip's time to reflect the extent of his possessions. 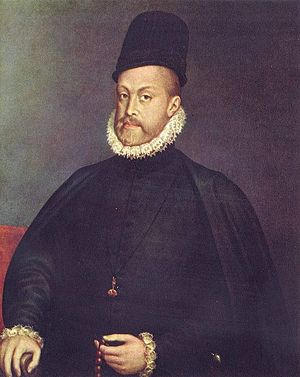 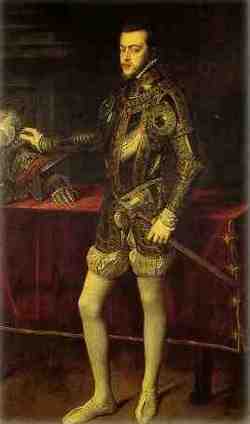 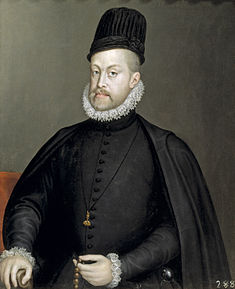 From Edward III to Phillip II 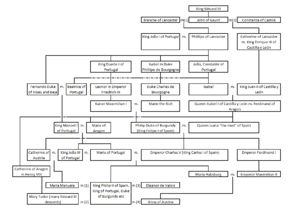 Leave a message for others who see this profile.
There are no comments yet.
Login to post a comment.
Yann Le Ny
Carlos Habsburg, Infante de España y Príncipe de Asturias, is the son of Felipe II and Maria Manuela Aviz, Infanta de Portugal (she died after his birth). I think we can add him as a child and Maria Manuela as his wife.
posted Feb 18, 2022 by Yann Le Ny