On 2 November 1755, Maria Antonia Josepha Johanna Habsburg-Lorraine was born at Hofburg Palace in Vienna, Austria, the youngest daughter of Empress Maria Theresa and Francis I, Holy Roman Emperor.[1] Though she loved her mother–who referred to her as "the little Madame Antoine"–they had a difficult relationship. She was raised together with her sister, Maria Carolina under the care of their governess, Countess von Brandeis.

She met Wolfgang Amadeus Mozart at Schönbrunn, the imperial summer residence in Vienna, where she spent her time when she was not living at Hofburg Palace. She was not an academic; she could not correctly write German, French or Italian at age 10, though she became a good musician of such instruments like the harp, harpsichord, and flute under the tutelage of Christoph Willibald Gluck.[1]

Following an end to hostilities between Empress Maria Theresa and King Louis XV of France, Louis requested Marie Antoinette's hand in marriage for his son and heir Louis-Auguste, Dauphin of France on 7 February 1770. After renouncing her rights to the domains of the Habsburgs, Marie Antoinette and Louis-Auguste were married by proxy on 19 April.[2] She met her husband for the first time at the edge of the Forest of Compiègne on 14 May and adopted the French version of her name–Marie Antoinette–upon her arrival in France. On 16 May 1770, at the Palace of Versailles, a ceremonial wedding between Marie Antoinette and Louis-Auguste took place.[2] There was a mixed reception to the marriage by the French people. Though Marie Antoinette was well-liked and her initial appearance was considered a success, she had a difficult relationship with those opposed to the alliance with Austria.[3]

Sponsored Search by Ancestry.com
DNA Connections
It may be possible to confirm family relationships with Marie-Antoinette by comparing test results with other carriers of her mitochondrial DNA. Mitochondrial DNA test-takers in the direct maternal line: 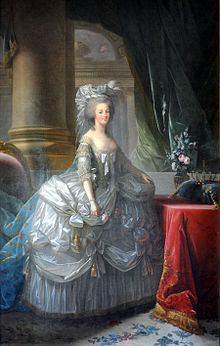 Marie Antoinette with the rose. 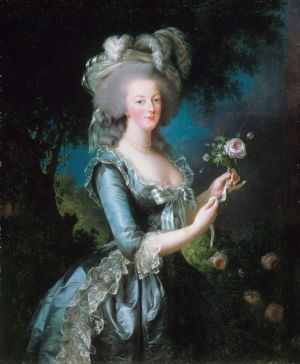 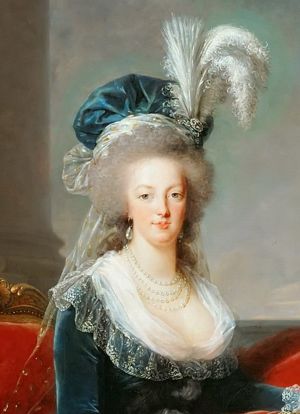 Darlene (Athey) Athey-Hill
Christine, if the information is well-sourced, you can add it to the profile using in-line sourcing.

posted Oct 17, 2019 by Darlene (Athey) Athey-Hill
Danielle Liard
Marie Antoinette d'Autriche would be the correct name for her after her marriage and move to France, she was not called Marie Antoinette de France, which came out in the famous trial about jewels in her time. Somebody faked a signature purporting to be hers and signed it de France, which was used as evidence that it was a forgery.
posted Oct 17, 2019 by Danielle Liard

Christine (Hills) Frost
I originally wrote this on G2G but was advised to post here I would like to add to this profile because I recently wrote a course on the Compiègne Martyrs and Marie Antoinette comes into the story particularly re. her help to the future prioress of Compiègne, and events surrounding the Women's March and the fall of the monarchy. Am I free to add these as it is a protected profile?
posted Oct 16, 2019 by Christine (Hills) Frost

We plan on featuring Marie Antoinette as the Example Profile of the Week in the Connection finder on October 16th. Between now and then is a good time to take a look at the sources and biography to see if there are updates and improvements that need made, especially those that will bring it up to WikiTree Style Guide standards. I will check on the profile closer to the week we'll feature it and make changes as necessary.

C. Mackinnon
Should her CLN be de Bourbon? Would help to identify her in searches.
posted May 03, 2019 by C. Mackinnon

Ken Wise
Could you please merge Antoinette-7 into this profile, please? They are the same person. Thabk You.
posted Jan 03, 2017 by Ken Wise