Francis II (German: Franz II., Erwählter Römischer Kaiser) (12 February 1768 – 2 March 1835) was the last Holy Roman Emperor, ruling from 1792 until 6 August 1806, when he dissolved the Holy Roman Empire after the decisive defeat at the hands of the First French Empire led by Napoleon at the Battle of Austerlitz. In 1804, he had founded the Austrian Empire and became Francis I (Franz I.), the first Emperor of Austria (Kaiser von Österreich), ruling from 1804 to 1835, so later he was named the one and only Doppelkaiser (double emperor) in history.[1] For the two years between 1804 and 1806, Francis used the title and style by the grace of God elected Roman Emperor, ever Augustus, hereditary Emperor of Austria and he was called the Emperor of both Germany and Austria.[citation needed] He was also Apostolic King of Hungary and Bohemia as Francis I. He also served as the first president of the German Confederation following its establishment in 1815.[1] 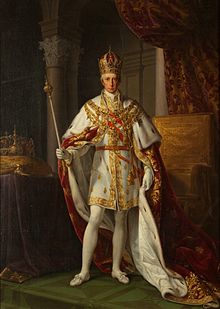 Francis II in his coronation robes, by Leopold Kupelwieser 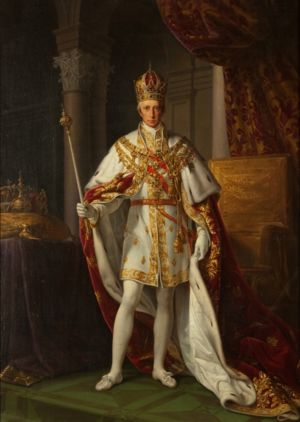 Franz II is 20 degrees from Jaki Erdoes, 7 degrees from Wallis Windsor and 9 degrees from Henry VIII of England on our single family tree. Login to find your connection.