While boarding at the Hale house in Harmony, Pennsylvania, Joseph Smith met Emma and began courting her. When Smith asked for Emma's hand, her father, Isaac, objected because Smith was "a stranger" and had no means of supporting his daughter other than money digging. On January 18, 1827, Smith and Emma "eloped to marry" across the state line in Afton (South Bainbridge), New York and the couple began boarding with Smith's parents in Manchester.[4][3]

Emma was with Smith throughout most of the time he spent translating the Book of Mormon. She was baptized into The Church of Jesus Christ of Latter-Day Saints on June 29th, 1830 at Colesville, Broome, New York by Oliver Cowdery. In a revelation by Smith in 1830, she was declared an "elect lady" and assumed the mission to expound scripture and collect hymns to use in church services. She reportedly witnessed many of Joseph Smith's plural marriages but she denied the fact that he was ever involved in plural marriage. When the first Female Relief Society was organized in Nauvoo in 1842, Emma was elected the first president, and remained in the role for as long as the society was in Nauvoo.[5][6][3]

After the death of her husband, Joseph, in 1844, Emma chose to remain in Nauvoo rather than continue west with the Young party. She was married to Major Lewis C. Bidamon on December 23rd, 1847 by Methodist minister Reverend William Henry (Haney by some accounts). They had no children She later became a member of the Reorganized Church of Jesus Christ of Latter-Day Saints in Nauvoo.[7][8][9][3][10][11]

ask our community of genealogists a question.
Sponsored Search by Ancestry.com
DNA Connections
It may be possible to confirm family relationships with Emma by comparing test results with other carriers of her mitochondrial DNA. However, there are no known mtDNA test-takers in her direct maternal line. It is likely that these autosomal DNA test-takers will share some percentage of DNA with Emma: 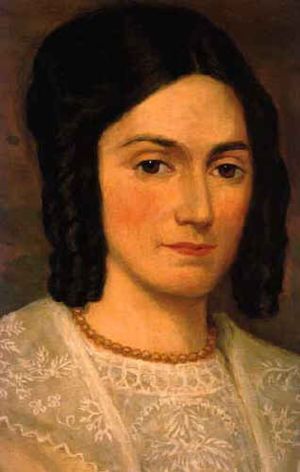 We're featuring Emma as one of our Example Profiles of the Week next week on Wednesday. Now is a great time to make any additions or improvements you've planned on. I will take a swipe at it later this week.

posted Feb 17, 2020 by Abby (Brown) Glann
K Longinetti
I stopped in Nauvoo, IL, while traveling across the country, in about 2002. I visited the old Mormon village there, with several of the original dwellings still being maintained by the RLDS Church (now called Community of Christ) and open to visitors. I spoke with a volunteer docent at the visitor's center, an elderly gentleman, who told me that his grandmother, as a girl, had known Emma Smith.
posted Feb 14, 2020 by K Longinetti
edited Feb 14, 2020 by K Longinetti