"In every conceivable manner, the family is link to our past and bridge to our future. " ~ Alex Haley"

Alexander Murray Palmer Haley was born August 11, 1921, in Ithaca, New York to Simon Haley and Bertha George Palmer. His father was a professor of agriculture at Alabama A&M University. Alex was the oldest of three brothers and one sister.

At the age of 15, Alex enrolled at Alcorn State University then a year later at Elizabeth City State College. The next year he returned home to let his father know he had withdrawn from school. Simon felt his son needed more discipline and convinced Alex to join the military. At the age of 18, Alex joined the Coast Guard, a decision that would lead to a 20 year military career.

It was during his service in the Pacific during WWII that Alex taught himself the art of story writing. It's said that other sailors would pay him to write love letters to their girlfriends. Alex said that their greatest enemy wasn't the Japanese forces but instead boredom.

After retiring from the military, Alex began his writing career and eventually became a senior editor of Reader's Digest.

Haley's first book, published in 1965, was The Autobiography of Malcolm X. It described the path that Malcolm X followed from street criminal to national spokesman for the Nation of Islam. It was the culmination of 50 in-depth interviews that Alex had with Malcolm between 1963 and 1965.

In 1976, Alex published a novel based on his family's history called Roots: The Saga of an American Family.

"Roots" was eventually published in 37 languages and Alex won a special Pulitzer Prize for it in 1977. That same year, ABC adapted "Roots" into a miniseries that would become very popular.

“In all of us there is a hunger, marrow-deep, to know our heritage- to know who we are and where we have come from. Without this enriching knowledge, there is a hollow yearning. No matter what our attainments in life, there is still a vacuum, an emptiness, and the most disquieting loneliness. ” - Alex Haley

Is Alex your relative? Please don't go away!

ask our community of genealogists a question.
Sponsored Search by Ancestry.com
DNA
No known carriers of Alex's ancestors' DNA have taken a DNA test. 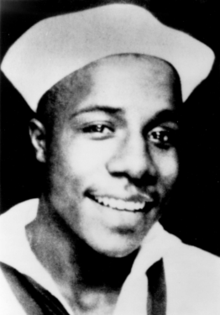 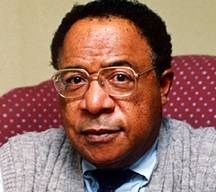 We plan on featuring Alex alongside AJ Jacobs, the Example Profile of the Week, in the Connection Finder on January 6th. Between now and then is a good time to take a look at the sources and biography to see if there are updates and improvements that need made, especially those that will bring it up to WikiTree Style Guide standards. We know it's short notice, so don't fret too much. Just do what you can. A Team member will check on the profile Tuesday and make changes as necessary.

posted Jan 04, 2021 by Abby (Brown) Glann
Donald Brearley
I am a white William Waller descendant. I've just added my Waller line to wikitree. I have an autosomal dna kit on Gedmatch. If there are any Haley relatives of George Lea descent with dna tests, please contact me and we can improve the tree.