Alexander Hamilton was a Founding Father in the American Revolution.

Alexander Hamilton is a member of Clan Hamilton.

Alexander Hamilton is a DAR Patriot Ancestor, A050054.

Alexander Hamilton is recognized as one of the Founding Fathers of the United States of America, participating in the American Revolution. He is probably best remembered for the way he died, after being shot in a duel with Aaron Burr.[1][2]

Alexander Hamilton was born circa January 11, 1755[3], allegedly on the island of Nevis, British West Indies[4] to James Hamilton and Rachel Fawcett,[5] who were not married.[1][2] Rachel was caught in an abusive marriage to John Lavien before she fled him and began her affair with James, the son of a Scottish Lord.[6]

James and Rachel had one other son, James.[2] James Sr abandoned Rachel and the boys, leaving them destitute.[6] Alexander took a job to help support the family, determined to not remain poor.[6] He was only eleven.[6] Soon after, his mother died.[2]

Alexander impressed his employers, working as an accounting clerk in St. Croix.[6] This exposed him to international trade and business, and began his education in the area.[6] So impressed with Alexander were his employers (or his aunts, by some accounts) that they pooled their resources to send him to school on the colonial mainland, at King's College in New York.[6][1][2] His spark for patriotism began while in college.[6]

During his time serving as an advisor to George Washington, Alexander met Elizabeth Schuyler, the daughter of a wealthy New York family.[6][2] They were married 14 December 1780.[2] Together, they had eight children.[2] There were rumors of Alexander having an affair with a woman named Maria Reynolds, but his dying letter to his wife showed his undying love to her, and she continued to defend and support his legacy for the 50 years she outlived him.[6][7]

Alexander wrote his first propaganda for the Revolution while attending King's College in 1774.[6] He left King's College without graduating to join the Patriot's cause.[2] He joined in the New York Provincial Artillery Company in 1775.[6] By 1777, he was promoted to Lieutenant Colonel of the Continental Army.[6] He soon caught the attention of General George Washington, who asked him to be his assistant and close advisor.[2][1]

Alexander grew restless in his role, and was granted release from Washington's side to lead troops on the battlefield again.[6] His wins there led to the treaties collectively known as the Peace of Paris.[6]

In 1782, Alexander left his advisory role with Washington completely and focused on the blossoming government, hoping to steer it towards a strong central government which might discourage the abuses he was seeing under the Articles of Confederation.[6] He attended law school at this time, passing the bar and establishing a law practice in New York.[6] In an interesting turn, he ended up defending British Loyalists in their suits to try to regain property they lost when the war was lost.[6] A particular case in 1784, Rutgers v. Waddington, led to the creation of a judicial review system.[6]

Alexander served as a delegate to the Constitutional Convention, though he didn't do much of the writing.[6] He was an important author of the Federalist Papers (writing 51 of 85 of the essays).[6] He helped convince New Yorkers to agree to ratify the U.S Constitution in 1788.[6] He then served as the nation's first Secretary of the Treasury, from 1789 to 1795, under President George Washington.[6]

On July 12, 1804, in New York, Hamilton died of a gunshot wound that he sustained during a duel with Aaron Burr.[6][2] Burr served as Vice President under Thomas Jefferson, but when Jefferson ran the second time, he removed his association with Burr.[6] Burr was angered by comments Hamilton had made at the time, as well as his attempt to block Burr from a role as governor of New York.[6][1][2] Believing Hamilton to have damaged his political career, Burr challenged him to a duel (this despite the two having had a friendly relationship in years prior).[6][2] Hamilton reluctantly accepted.[6] Some believe his reluctance and poor performance in the duel could be traced back to his own son Philip's death in a duel three years earlier.[1] The duel commenced at dawn July 11, 1804 in Weehawken, New Jersey.[6][6] Both men drew and shot.[6] Hamilton missed, while Burr injured Alexander, who was transported to New York where he died the next day.[6]

In the Hamilton Y-DNA Project, known descendants of Alexander Hamilton have been assessed as Group I1-5 Haplogroup I1a2a1a or I-Z140. In order to be a male-line descendant of his, you should have the same genetic result.[9]

Previously there were extensive extracts presented here as notes including a copy of the letter from Burr to Hamilton in 1804 and the text of Hamilton's speech to the Federalists in 1804. These have been converted to a PDF file and can now be found under the Images tab and headed "Some General Notes".

Sponsored Search by Ancestry.com
DNA Connections
It may be possible to confirm family relationships with Alexander by comparing test results with other carriers of his Y-chromosome or his mother's mitochondrial DNA. However, there are no known yDNA or mtDNA test-takers in his direct paternal or maternal line. It is likely that these autosomal DNA test-takers will share some percentage of DNA with Alexander: 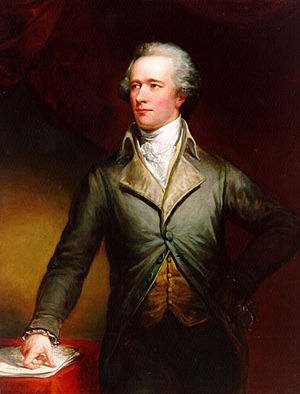 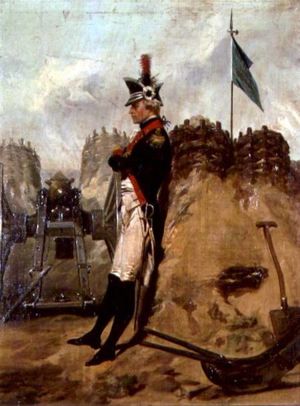 The Storming of Redoubt #10 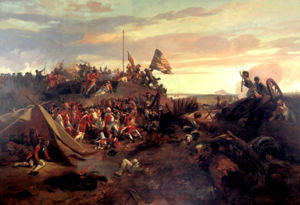 Thom Anderson
I would like to invite folks to review the adjustment to his birth date and the notes substantiating the change. Much of the evidence is derived from work by Hamilton biographer Michael E. Newton author of "Discovering Hamilton" and "Alexander Hamilton: The Formative Years" I do not agree with all of his conclusions but the weight of the evidence points heavily to 1754. Were it not for an article written by Hamilton in Apr 1771 where he claims to be 17, I would tend to believe the 1 Jan 1755' date but the presence of that article seems to exclude it. Thoughts?
posted Nov 22, 2021 by Thom Anderson

SJ Baty
Thanks for your comments Thom. Good questions and something that should be discussed. I think that this topic is too 'big' for the comments. I encourage you to open a G2G thread and discuss it in the wider G2G community. You can find an "Ask a Question" button on the profile (up on the right side) or use the "move to G2G" button on these comments.
posted Nov 22, 2021 by SJ Baty

Abby (Brown) Glann
Hi there profile managers! We plan on featuring Alexander as the Example Profile of the Week in the Connection finder on September 30th. Between now and then is a good time to take a look at the sources and biography to see if there are updates and improvements that need made, especially those that will bring it up to WikiTree Style Guide standards. A Team member will check on the profile closer to that date we'll feature it and make changes as necessary.