Knut Hamsun was a writer and the recipient of the Nobel Prize in Literature in 1920. His work, which spans more than 70 years, includes more than 20 novels, a collection of poetry, short stories, a travelogue, and essays. His most significant works include Hunger (1890), Mysteries (1892) and Pan (1894). Many scholars consider him to be the father of modern fiction writing. His work was held in great esteem by many fellow writers, and artists, including Franz Kafka, Henry Miller, Herman Hesse and Thomas Mann.[1]

He was born as Knut Pedersen on 4 August 1859 in Lom, Gudbrandsdalen, Oppland, Norway, the son of Peder Pedersen and Tora Olsdatter. He was baptized 28 August 1859 at the Lom Church.[2] At the age of six, he appeared in the 1865 Norway census, living with his parents and siblings. His father was a tailor and renting their home.[3] He was confirmed in the Lutheran Faith at the age of 15 at Lom on 4 October 1874.[4] It's interesting that, on both his baptismal record and confirmation record, a priest later wrote in the last name "Hamsun."

In 1882 and 1886, Knut, poor and in need of work, emigrated to the United States, where he was employed in numerous jobs, including a farmhand and a Chicago streetcar conductor. His novel "Hunger" was in part autobiographical, dealing with the issues of poverty, alienation, and desperation.[5] The publication of Hunger, in 1890, met with great success and helped to establish him as one of the most acclaimed authors of his time.

In 1891, Knut was listed in the census of that year, living in a boarding house in Oslo with a number of other people, including another Nobel Prize winner, Sigrid Undset.[6]

On 25 June 1909, Knut was married to his second wife, Anne Marie Andersen in Oslo.[8] They were the parents of three children: Tore, Arild, and Ellinor.

Knut's actions during World War II, with his support of Hitler and Germany, were extremely controversial, especially after the conclusion of the war. After the war, many Norwegians who had supported Hitler were punished by death or imprisonment; however, Knut was spared this, given his age and mental state. His political stance; however, left a black mark on his legacy.

Interest in Knut's work continues to this day. More than 27 of his works have been adapted to the screen, including "Victoria," "Fluen," "Hunger," and "The Last Chapter." His novel, Pan, was adapted three times between 1922 and 1995. [10]

Is Knut your ancestor? Please don't go away!

ask our community of genealogists a question.
Sponsored Search by Ancestry.com
DNA
No known carriers of Knut's DNA have taken a DNA test. 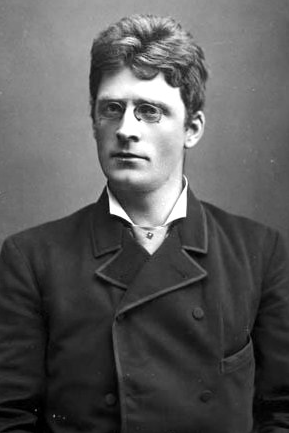