George II (Hannover) of Great Britain is a member of the House of Hanover.

He was born George Augustus Guelph

He was succeeded by his grandson, George III.

Sponsored Search by Ancestry.com
DNA Connections
It may be possible to confirm family relationships with George II by comparing test results with other carriers of his Y-chromosome or his mother's mitochondrial DNA. However, there are no known yDNA or mtDNA test-takers in his direct paternal or maternal line. It is likely that these autosomal DNA test-takers will share DNA with George II: 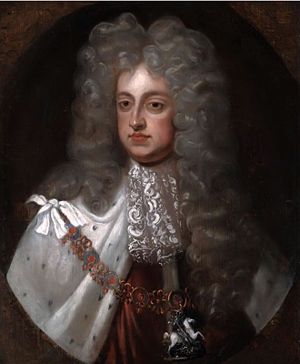 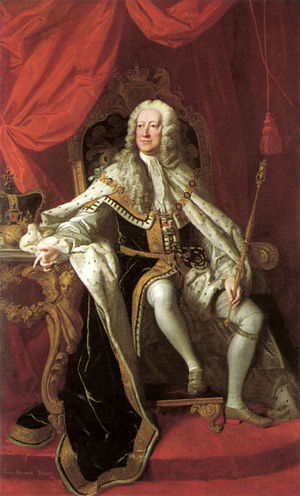 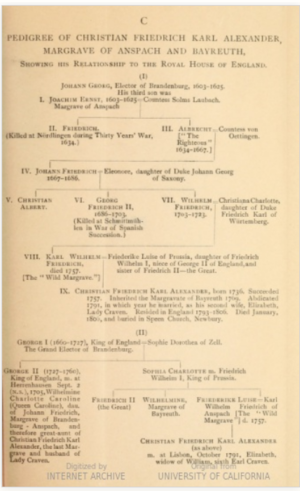 Lianne Lavoie
He was born in Germany, where the name is spelled Georg. His preferred name is George II because he was the king in a place where English is spoken, so that name is in English.
posted Aug 18, 2018 by Lianne Lavoie

Andrea (Stawski) Pack
Guelph is the last name and believe it or not my ancestor as well. I am doing what their gravesites are saying their names are King George Guelph is from the House of Hannover and Hannover is not the last name. Boy what confusion when Hannover is just listed. It is the name of the place in Germany where King George Guelph was from. Is there anyway to change Hannover - to the House of Hannover?
posted Mar 31, 2016 by Andrea (Stawski) Pack

George II is 17 degrees from Donald Howard, 14 degrees from Julia Howe and 8 degrees from Henry VIII of England on our single family tree. Login to find your connection.

Categories: Dukes of Cornwall | Namesakes US Counties | House of Hanover