Queen Victoria was the monarch of the United Kingdom of Great Britain and Ireland from 20 June 1837 until her death on 22 January 1901.
On 1 May 1876 she was created Empress of India.
She was the last British monarch from the House of Hanover. [1]

Victoria Hanover is a member of the House of Hanover.

Born 24 May 1819 at Kensington Palace in London, Victoria was the only child of Prince Edward, Duke of Kent and Strathearn, and his wife, Princess Victoria of Saxe-Coburg-Saalfeld, though she had two half-siblings, a half-brother and a half-sister, Feodore. [1] Feodore was a close companion. [citation needed] Prince Edward died when Victoria was only 8 months old, leaving her to be shaped in the care of her mother and governess. [1]

Victoria was known for her feisty character, lively nature, and her short stature.[1] She stood only 4 feet 11 inches tall as an adult.[1]

Despite being fifth in line when she was born, Victoria inherited the throne at age 18, after her father's three older brothers had died with no legitimate surviving children.[1]

The early years of Victoria's reign were influenced by Lord Melbourne, who was the prime minister at the time, and later became a dear friend as well as political adviser.[1]

Queen Victoria's reign oversaw major progress through the United Kingdom, notably the rail system and London Underground, as well as in other areas of science and industry, including the sewer system.[1]

The United Kingdom under Victoria doubled in size, adding Canada, Australia, India, countries in Africa, and in the South Pacific.[1]

Victoria married her cousin, Prince Albert, son of her mother's brother, in 1840.[1] Because she was queen, Albert was not permitted to propose to her, so she was the one to do so on October 15th, 1839.[1] His German heritage made him a difficult adjustment with her subjects, but they eventually accepted him as they saw her love and devotion to him as well as his devotion to their country.[1] Despite passionately disagreeing on many subjects, they two were wholly devoted to each other and Albert's early death would shape Victoria's image and reign in a way neither would have anticipated.[1] Following his death from typhoid fever, Victoria went into a 25-year mourning period, noted by her black attire throughout those years.[1]

Albert and Victoria had nine children together, despite the fact that Victoria hated being pregnant and feared childbirth.[1] She loved her children dearly once they arrived, though, and was a devoted mother.[1] Their children's marriages and their children united a large portion of European ruling families together through marriage.[1]

Once Queen Victoria was able to emerge from the grief of her loss of Albert, she found a dear friend in John Brown.[1] Many have made assumptions about the relationship, and there are some murky waters left from her daughter Beatrice destroying some of her journals which likely pointed to a more intimate relationship than the public was allowed to know about, but there is no doubt she valued her relationship with John and he with her.[1] She called her Scottish companion her "dearest friend" while others referred to him as the "Queen's Stallion."[1]

Queen Victoria died on 22 January 1901, at the age of 81. [1] She reigned for 63 years, 7 months, and 2 days, making her the longest-reigning British monarch and the longest-reigning queen regnant in history, until the later reign of her great great granddaughter, Queen Elizabeth II. [1]

Is Victoria your ancestor? Please don't go away!

ask our community of genealogists a question.
Sponsored Search by Ancestry.com
DNA Connections
It may be possible to confirm family relationships with Victoria by comparing test results with other carriers of her mitochondrial DNA. Mitochondrial DNA test-takers in the direct maternal line: 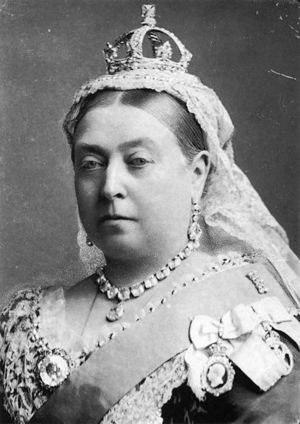 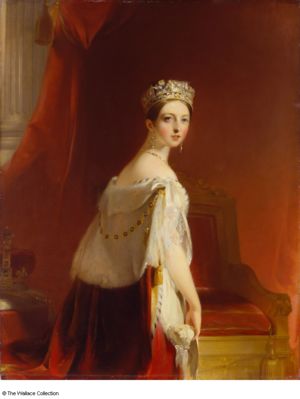 The Queen at her Diamond Jubilee 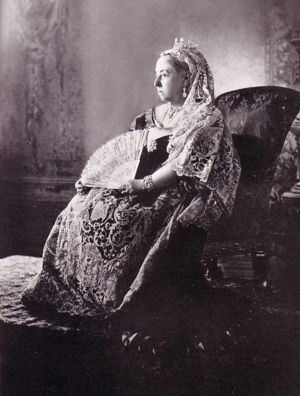 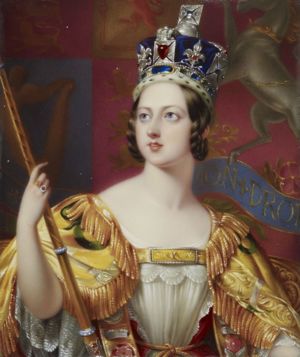 Leave a message for others who see this profile.
There are no comments yet.
Login to post a comment.
Jeremy Stroud
A mention in her biography of her legacy in respect of hemophilia would be interesting - found a recent update here which caught my interest - dare say there are others, not sure of reliability - although it seems reliable, it provides no sources. It must have grown to become an enormous worry to Victoria's during her later years, given how much she cared about her children.

Rachel Jones
How do you add her on your own profile?
posted on Hannover-14 (merged) Feb 19, 2019 by Rachel Jones
European Aristocrats Project WikiTree
This comment section isn't for listing your relationship with Queen Victoria. Do that on your personal profile page.
posted on Hannover-14 (merged) Feb 02, 2019 by European Aristocrats Project WikiTree
Dianne Hood
Queen Victoria didn't have a surname. If she had, it wouldn't have been Hanover, which btw is spelled with one "N", not two. George I, the first of the Hanoverian kings of Great Britain, was George Louis, Duke of Brunswick-Luneburg, and later became Elector of Hanover, which was essentially a job title, like being "Mayor of London." It's not a family name.

The short-lived British ruling House of Saxe-Cogurg-Gotha began with the rule of her son, Edward VII, but he didn't have a surname, either. Queen Victoria has never been considered by historians to have been a member of the House of Saxe-Coburg-Gotha.