Albrecht V Hapsburg was a member of the aristocracy in Europe.

Albert the Magnanimous KG was King of Hungary and Croatia from 1437 until his death. He was also King of Bohemia, elected (but never crowned) King of Germany as Albert II, duke of Luxembourg and, as Albert V, archduke of Austria from 1404. Albert was born in Vienna as the son of Albert IV, Duke of Austria, and Johanna Sophia of Bavaria.

His father-in-law was The Holy Roman emperor Sigismund. This is how he came to be crowned King of Hungary.

In 1438 he called a diet at Nürnberg that ended all feuds based on the right of private warfare. He appointed arbiters to settle disputes. He divided his domain into administrative circles to keep the peace. This practice helped stabilize his realm for his descendants.

Is Albrecht V your ancestor? Please don't go away!

ask our community of genealogists a question.
Sponsored Search by Ancestry.com
DNA
No known carriers of Albrecht V's DNA have taken a DNA test. 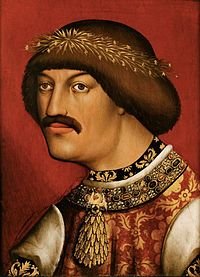 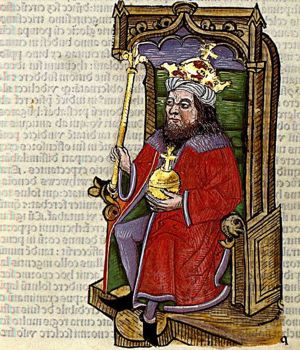 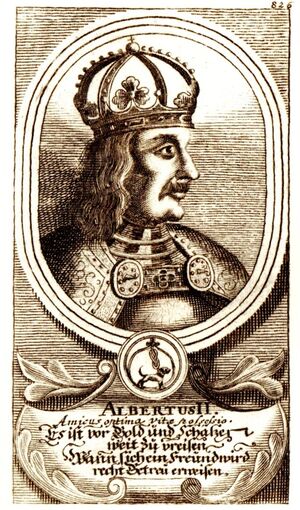