Warren Gamaliel Harding was born on November 2, 1865 in Ohio.[1]He was the first of eight children born to George Tryon Harding and his wife Phoebe Elizabeth Dickerson-Harding. He died in San Francisco, California on August 2, 1923. He married once, to Florence Mable King Kling DeWolfe on July 8, 1891 in Marion, Marion, Ohio. No children were born to this marriage.

He started as a newspaper publisher, and then became involved in politics, moving from lieutenant governor to senator and then to president in 1921. As president, he was a fiscally conservative Republican. His presidency started in a period of post-war economic depression. His economic policies brought the country into a time of prosperity. He advocated for African-American rights. He recognized the future importance of petroleum. These are among his positive legacies.

The material online is often contradictory, making the true facts about Warren Harding difficult to discern. There are many rumors, scandals and allegations of corruption in the material about the Harding Presidency.

Nan Britton claimed in a book that her daughter, named Elizabeth Ann Harding, was the daughter of Warren Harding.[2] In 2015, DNA tests confirmed these rumors.

This timeline intermingles dates and events from genealogical, biographical, and historic perspectives.

Difficulties found in finding good documentation for the Harding siblings. Wife attached to the profile who most probably could not have been his wife. Spelling of his wife Florence's maiden name in question:King or Kling?

African-American ancestry - None found, but there are gaps in his genealogy.[1]

Mistresses - Letters were found many years after Harding's death that lend credence to the rumor.[1]

Corruption - Several of Hoover's appointees were convicted in the Teapot Dome Scandal, but he, himself, was not charged with bribery. He died before the full investigation of the scandal was completed.[1]

His death was unnatural - He had the symptons of cornary problems just before his collapse and probably also had pneumonia. His physician was present when he passed on.[20][21]

xxxxxxxxxxxx This is for the profile of Warren Harding's mother.

Sponsored Search by Ancestry.com
DNA Connections
It may be possible to confirm family relationships with Warren by comparing test results with other carriers of his Y-chromosome or his mother's mitochondrial DNA. Y-chromosome DNA test-takers in his direct paternal line on WikiTree: 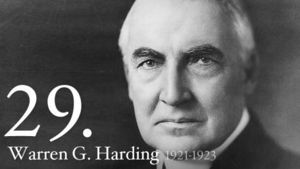 The Star Boys at the Harding Home 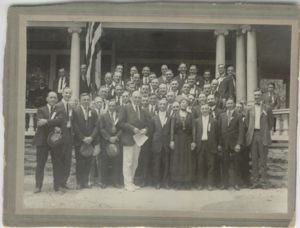 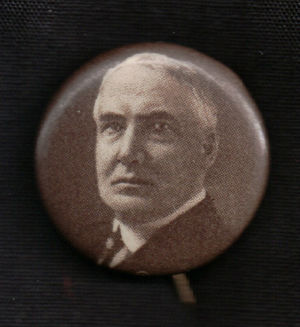 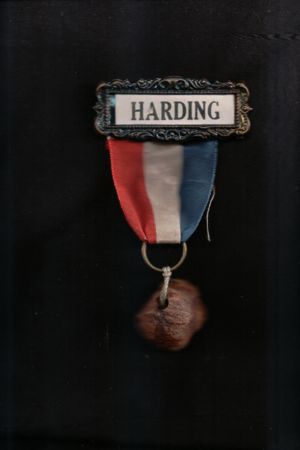 Harding 1 and half Cents US Postage 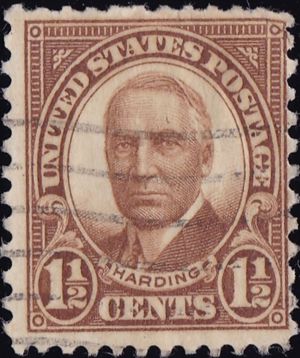 Leave a message for others who see this profile.
There are no comments yet.
Login to post a comment.
Michelle Ketcham
Book for reference:

The ancestry of President Harding and its relation to the Hardings of Wyoming Valley and Clifford, Pennsylvania by Miller, Clara Gardner, 1861-

Robin Lee
Unfortunately, the connection falls apart at https://www.wikitree.com/wiki/Harding-121 The connection of this man to "Richard" has been proven incorrect.
posted Feb 09, 2022 by Robin Lee

posted Dec 21, 2017 by Carole Taylor
[Living Winter]
I am working on a project about people with US Counties named after them. Which brings us to Harding County, New Mexico, which was named after President Harding. (And it was a NM Senator who went to jail over the Teapot Dome scandal, too!) That's what I'd add to this profile - a sentence about the NM County, and perhaps a few other things named after him, and a tag for the Category, the following between double square brackets:

Privacy setting won't allow me to add this myself.

Robin Lee
Let's add this article to the sources where we talk about the rumor of an illegitimate child.
posted Aug 13, 2015 by Robin Lee
Moritz Ferner
This could be interesting, he had an illegitimate (DNA-confirmed) daughter:

Renee Malloy Esq
Is it possible to compress his timeline to single spacing so we don't have such a LONG way to go? Thank you for your consideration, Renee
posted Feb 02, 2015 by Renee Malloy Esq