Carpenter Harding: At one point the military stated that he deserted. However in 1914 they examined the rolls and found that he was not guilty of desertion. That is a point I need to stress to clear his name of the monstrous mistake that the military made on this issue.

JHH states in one document that Carpenter was a Regimental Col in the Mexican War; And before the Civil War he was in the Indiana Militia. Then Served in the 22nd Indiana Volunteers & 13th Independent Indiana Light Artillery in the Civil War died May 5, 1884.

Disproving the Desertion Charge read below:

More on Carpenter HARDING Service record from what I can tell from Military File: I believe in this first company he was in the militia, but not sure. ~~> Company E 22 Reg`t Inda Inf (Stands for Company E 22nd Regiment Ind could be Independent or Indiana Infantry. He was 45 when enrolled on July 10, 1861 and deserted Oct. 15, 1861 and enrolled March 25, 1862 in the 13 Indpt Battery Indiana Light Artillery at Indianapolis, Indiana. John Henry his son, states that he was a Lt Col in a War in Texas. (Can`t find proof yet) Then a Corporal with the 22nd and busted to a Private in the 13th Independent Battery Indiana Light Artillery.

He lost his mind during the Civil War and was sent home on furlough at several times. I believe that this might be the time that he was sent home to recover, he stayed home in Bartholomew, Indiana, and returned to war several months later. He was transferred to the 13th Indpd Ind L. A. and there lost his sight and almost all of his hearing from the `roaring of the guns`. He was sent home again, but as all of the soldiers of the 13th suffered from dysentery until the time of his death on May 5, 1884, Cause of death was dysentery or bowel trouble. What a shame.

Is Carpenter your ancestor? Please don't go away!

ask our community of genealogists a question.
Sponsored Search by Ancestry.com
DNA
No known carriers of Carpenter's DNA have taken a DNA test. 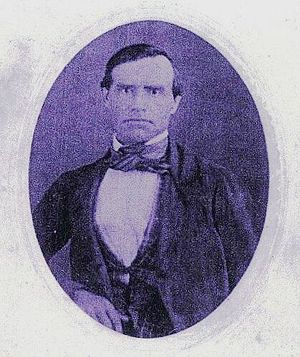 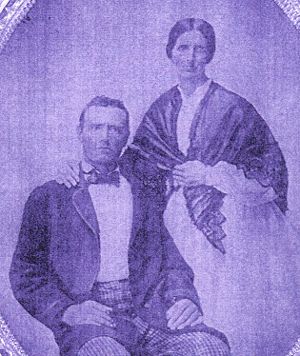