Escaped to Freedom on the Underground Railroad

Samuel Harper was most likely born into slavery when he arrived in this world on March 20, 1842 in Tennessee, USA.[1] Not much is known about Sam's early years. Sam was held in slavery by James Lawrence of Vernon County, Missouri. Lawrence was born in Tennesse, and moved to Missouri about 1833. Since Sam was also born in Tennesse, it may be possible Lawrence was Sam's slave holder from birth.

Lawrence died February 1858. His estate was being sold off by his son-in-law, Harvey G. Hicklin to pay debts. Sam, along with Jim Daniels, and the other slaves were worried about being sold into the Deep South.

On December 19, 1858, Jim Daniels was given permission to sell slave brooms in Kansas. His mission was to seek out John Brown's camp. Jim managed to speak to one of Brown's men, George Gill and get word to the abolitionist.

In 1911, Sam and Jane were living in Windsor, Ontario, Canada. In the household was their daughter, Sarah, as well as the families of four of their grandchildren.[2]

Thank you to Kathryn Hogan for creating WikiTree profile Harper-2646 through the import of Conway-Hogan Family Tree.ged on Dec 27, 2013.

ask our community of genealogists a question.
Sponsored Search by Ancestry.com
DNA
No known carriers of Sam's DNA have taken a DNA test. 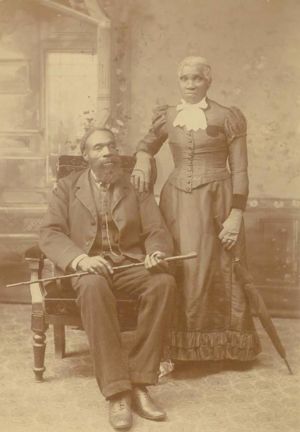 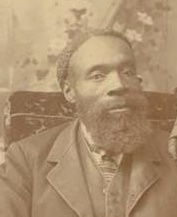