Shortly after their arrival in Indiana, a cousin, Mary Jane Butler, caught his eye, and on 24 September 1840, Barney took Mary Jane as his bride in Randolph County, Indiana.[1] Mary Jane was born on 28 Apr 1818, in Campbell County, Virginia, the ninth child and last daughter born to Jonathan and Elizabeth Harris Butler. Elizabeth was a sister to Barney's father Benjamin, so they were first cousins. On September 13, 1842, Barney purchased 40 acres of land from Elisha Gaddis - the NW 1/4 of the NE 1/4 of Section 3, Township 19 (West River), Range 13. And on 21 October 1847, Barney purchased lot #8, Block 4, in Huntsville.

Barney and family remained in Randolph county, Indiana, until the early 1860's, when they migrated west to Cass county, Iowa, where many other Butler, Harris and Lamb families who had originally migrated to Indiana from Virginia with them had preceded them. Once again Barney purchased land, in Pymosa Township of Cass County, and there most of the children grew to adulthood. After less than 20 years, the west again called them, and Barney and Mary Jane, then age 61 years, hitched up the wagons, loaded their belongings, and went west to settle in Fort Collins, Larimer County, Colorado.

The family's Iowa departure was noted in the May 15th, issue of the Atlantic Messenger (p. 3), in Cass county, Iowa.

Mr. Ben Harris, Mrs. Elizabeth Harris, Mary Harris and Mrs. Wilson of Pymosa township this county, left Atlantic Sunday morning for Ft. Collins, Colorado, which place they intend to make their future home. Jesse Harris and family have been at Ft. Collins for some time. Mr. Barney Harris has started overland for Ft. Collins, and has gone to stay, having sold his property in Atlantic.

Barney must have made record time. The event was noted by the Fort Collins Courier on page 3 of its June 26, 1879 edition.

Mr. Barney Harris, who came to Collins a week or two ago in company with his two sons, purchased two lots west of the railroad on Monday, on which he will proceed at once to erect a residence. Several other parties have purchased lots in that part of town and a few more new buildings will soon appear to assist their neighbors in beautifying the west end.

While the family lived in town, it appears that Barney had not given up his agricultural pursuits again with the Fort Collins Courier noting a departure from the normal gardening of the time on page 3 of September 13, 1883.

Uncle Barney Harris is making a new departure in gardening this year in the cultivation of Peanuts. He has a row of these "juvenile's delights" about thirty feet long, and they are maturing and ripening in excellent style. The buds have to be kept covered by dirt in order to ripen - being in this like the potato and the vine bears a strong resemblance to the common pea.

At that time, only four of their children had gone with them to Colorado: Edward Wesley and family; William Henry who was unmarried; Mary Abigail, who was also unmarried at that time; and George Asbury, who with his family migrated all the way from Illinois where he had settled after his marriage.

At this time, two of their last children, both girls, had died in Indiana and were buried in the Huntsville Cemetery there. The eldest son, Jonathan, had joined the Iowa Cavalry to help subdue the Indians in the Wyoming Territory, and was killed in an Indian conflict, the Battle of Rush Creek on 8 February 1865. He was buried at Fort Laramie, Wyoming. Daughter Emma Jane was married to Henry Barton Herbert and living in Audubon County, Iowa, where Henry was the sheriff. She later left Henry and joined the family in Colorado, along with her two daughters. Daughter Martha Jane had married William Peacock, and she and her family were living near Churdan, Greene County, Iowa. The youngest daughter, Abbie, was married to John Michael Shaffer shortly after the family settled in Fort Collins. In 1880, the family was living on Mason Street in Fort Collins, where John and Abbie were still living in 1900.

The 1850 Randolph County, Indiana census showed Barney as a pump maker, but in 1860 he was shown as a farmer. Basically, Barney was a farmer all his life - he farmed in Indiana, Iowa and Colorado. He was a tall man and slight of frame. In his early years he had a constant grin, and always appeared jovial. In later years, his beard which early had been short and brown, appeared to be longer and white. Mary Jane was average height and did not grow stout with age. She kept her hair parted in the middle and severely pulled back into a knot at the nape of her neck, as was the custom in those days. her pictures showed her to be dower and very grave.

In the years before his death, records show Barney divesting himself of at least some of his landholdings. On 21 Mar 1889, Harris sold to F.C. and W.H. Avery and Chas. Evans, Lots 7 and 8 in block 103, the corner of Mason and Olive Streets in Fort Collins for a consideration of $2,500.[2]

Is Barnabas your ancestor? Please don't go away!

ask our community of genealogists a question.
Sponsored Search by Ancestry.com
DNA Connections
It may be possible to confirm family relationships with Barnabas by comparing test results with other carriers of his Y-chromosome or his mother's mitochondrial DNA. However, there are no known yDNA or mtDNA test-takers in his direct paternal or maternal line. It is likely that these autosomal DNA test-takers will share some percentage of DNA with Barnabas: 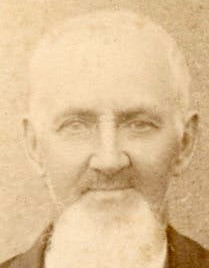 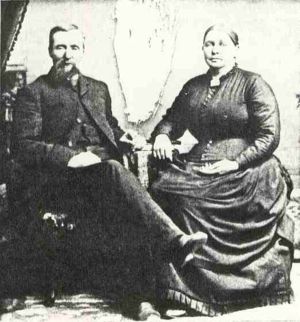 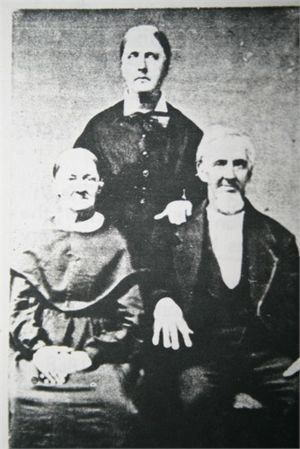