George Harrison was an English rock musician, best known as one of the Beatles, one of the most influential rock bands of the 20th Century.

George Harrison was born February 25, 1943 at 12 Arnold Grove in Wavertree, Liverpool, Lancashire, England, United Kingdom to Harold Harrison and Louise French. [1] His father was a bus driver and his mother was a housewife. [2] When he was 6 years old, the family moved to 25 Upton Green in Speke. [1] Being the youngest child, he often received much attention. [2] His elder siblings were Louise, Harry and Peter. [1]

George was accepted into the Liverpool Institute, where he was a mediocre student who disliked his teachers.[2] His mother bought him a guitar from another student, as well as found him a tutor. She encouraged him to learn, going so far as to stay up all night with him and his bleeding fingers.[2] In 1959 he and his brother Peter formed a musical group called the Rebels. [1] Eventually, he met the Quarrymen, Paul McCartney's band, and filled in as guitarist for them from time to time. [1] He was much younger than the rest of the boys, but ended up becoming a full member anyway. [1] The band changed names and line ups a few times before they eventually became the Beatles. [2]

George Harrison married secondly in September 1978 to Olivia Trinidad Arias and they had one son, Dhani, born in August 1978. [1]

The Beatles and Beyond

George was nicknamed "the Quiet One" or "the Polite One" though he always insisted he asserted himself as necessary. [2] George played lead guitar and helped write songs with the Beatles. [1]

At first George was excited by the band's success, fans and fame, but he soon tired of the paparazzi. He even insisted that his future wife, Patti, give up modeling to avoid more interaction with photographers. [2]

Following the band's breakup, George struck out on his own solo career. He used a stockpile of songs from his Beatles years to start the career, which included "My Sweet Lord" and "Isn't It A Pity". [1] He also organized the first charity rock concert for his "Concert for Bangladesh". [1]

George later collaborated with other rock musicians in a band called the "Traveling Wilburys". [3] He later joined back up with the surviving Beatles for their Anthology project between 1994 and 1996. [1]

George was diagnosed with throat cancer in 1997. [1] He underwent treatment, but continued to fight the disease through out the rest of the decade. [1] Following a break in at his home and attempted assassination, he withdrew from the public eye. [1] His final project was an album with his son, Dhani, released posthumosly. [1]

George was inducted into the "Rock 'n' Roll Hall of Fame" twice, once as a member of the Beatles, and later for his solo career. [3]

George lost his battle with cancer and passed away on November 29th, 2001 in Los Angeles, California, USA and he was cremated. [1] 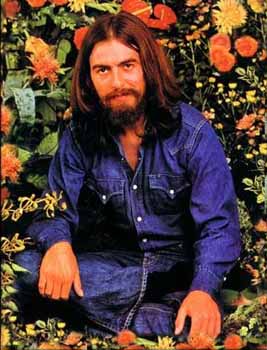 George Harrison with the Beatles 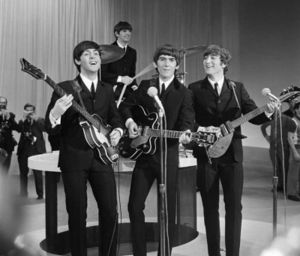 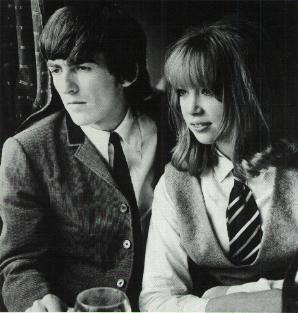 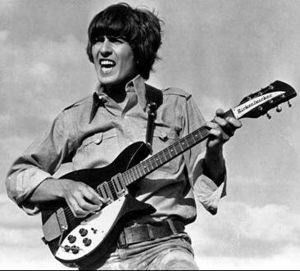 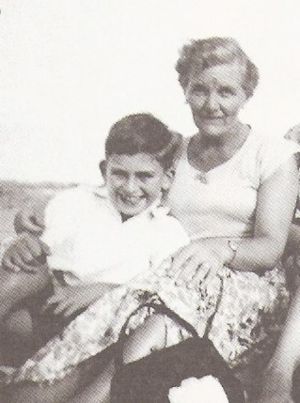 The paternal ancestors of Edward were Robert Harrison and Jane Shepard; Robert's parents were Anthony and Elizabeth (Orret) Harrison

Maggie N.
Can someone check the gender of George's only child? It should be a male, not female. Thanks.
posted Aug 01, 2018 by Maggie N.

Vincent Piazza
It's the same person, the other PM in the proposed merged had done a John Lennon profile is how I found the George Harrison profile (though I see she got the specific dates slightly wrong).
posted Dec 24, 2015 by Vincent Piazza