Benjamin Harrison was born on 5 April 1726 on Berkeley Plantation in Charles City County, Virginia, the fourth of eleven children and the oldest of seven sons of Benjamin Harrison and Anne Carter.

In 1748, when he was about twenty-two, he married Elizabeth Bassett. She bore him twelve children, five sons and seven daughters:

On 24 April 1791, a few weeks after his sixty-fifth birthday, Benjamin died of unknown causes at Berkeley after a dinner party celebrating his final electoral success.[1]

Benjamin was born in Charles City County, Virginia. He was an American planter and merchant, a revolutionary leader and a Founding Father of the United States. He received his higher education at the College of William and Mary. Harrison was a representative to the Virginia House of Burgesses for Surry County, Virginia (1756–1758, 1785–1786), and Charles City County (1766–1776, 1787–1790). He was a Virginia delegate to the Continental Congress from 1774 to 1777 and, during the Second Continental Congress, was a signer of the Declaration of Independence. Harrison served as Virginia's fifth governor from 1781 to 1784.[1] His direct descendants include two U.S. Presidents—his son William Henry Harrison and great-grandson Benjamin Harrison.

Bio: Declaration of Independence Signer. Born in Charles City County, Virginia, he attended the College of William and Mary in Williamsburg, but left the college before graduating, returning home to manage his family estate after his father was killed by lightning. At age 23 he was elected to the Virginia House of Burgesses, where he served for the next twenty-five years. Elected to the First Continental Congress in 1774, he shared a house in Philadelphia, Pennsylvania with fellow Virginian George Washington. Benjamin Harrison would serve in the First and Second Continental Congresses, from 1774 to 1777. A large man at 6 feet 4 inches and 240 pounds, Harrison once picked up the much smaller John Hancock and set him on the President’s chair, quipping “We will show Mother Britain how little we care for her by making a Massachusetts man our president.” As Chairman of the Committee for the Whole, he presided over the debates that resulted in the Declaration of Independence. While in Congress, he helped establish the three major governmental departments of War, the Navy, and the State Department. Leaving Congress in the fall of 1777, he returned to Virginia, where he served as Governor from 1781 to 1784. Near the end of the war, he had to flee to the interior of Virginia to avoid being captured by the British Army. Leaving behind politics, he returned to his family’s estate and died there in 1791 at the age of 64. He was the father of 9th United States President William Henry Harrison and the Great-Grandfather of 23rd United States President Benjamin Harrison.

Sponsored Search by Ancestry.com
DNA Connections
It may be possible to confirm family relationships with Benjamin by comparing test results with other carriers of his Y-chromosome or his mother's mitochondrial DNA. However, there are no known yDNA or mtDNA test-takers in his direct paternal or maternal line. It is likely that these autosomal DNA test-takers will share DNA with Benjamin: 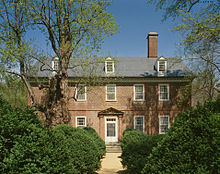 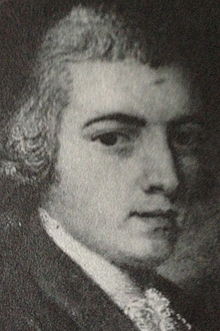 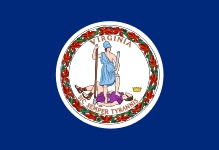 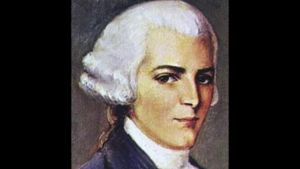 Benjamin is 14 degrees from Donald Howard, 12 degrees from Julia Howe and 11 degrees from Henry VIII of England on our single family tree. Login to find your connection.