Harry Charles Harvey was born on 5 April 1893 in Greenock South Australia[1] to Anna Zobel and Harry Harvey. At the time of writing this biography, both his parents pose a brick wall, his father is a complete mystery, and no record relating to his mother can be found prior to his birth. His father played no role in his life, and he had no other known siblings.

Sometime prior to 1915, Harry and his mother moved to Kalgoorlie in Western Australia where he enlisted in the Australian Expeditionary Force on 8 November 1915[2].

Harry's war service is succinctly recorded in the book "Australia's Fighting Sons of the Empire"[3].

Private Harry Charles Harvey (4614), 26 years of age, was born at Greenock and educated at Kalgoorlie. He is a son of, Annie and the late Harry Harvey, of Victoria Park. He went into camp at Blackboyy on the 8th November, 1915, and left Western Australia three months later with the 14th Reinforcements of the 16th Battalion. He joined the 16th Battalion on the Suez Canal (Serapewn) on the 2nd April, proceeding to France two months later, where he joined the Australian Flying Corps, and was attached to the 5th Squadron. He came back to Australia on the Sth July, 1919. Private Harvey is a first-class air mechanic. 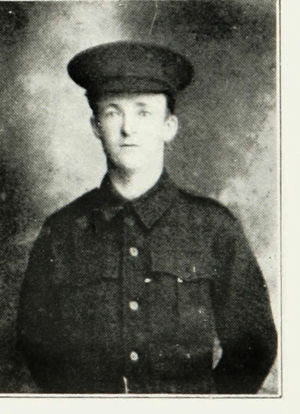 Harry is 25 degrees from Jaki Erdoes, 21 degrees from Wallis Windsor and 22 degrees from Henry VIII of England on our single family tree. Login to find your connection.