NOTE: West Virginia did not exist until 1863

William Hatfield [1] was born in Logan County, Virginia, on September 9, 1839. He was the son of Ephraim "Big Eaf" Hatfield and Nancy "Bettie" Vance. He was given the nickname "Devil Anse" by his mother or by Randolph McCoy, or earned from his bravery during battle in the American Civil War. He married Levisa Chafin on 18 April 1861 in Logan County, West Virginia, and they had 13 children.

William Hatfield sympathized with the south, and during the[2] Civil War he formed a fighting unit that he called [3] "The Logan Wildcats." In 1865, Asa Harmon McCoy, on his way home from fighting for the Union Army was killed by The Wildcats . William Hatfield was thought to have been involved, but had been home ill at the time of the killing. Asa Harmon McCoy murder was most likely committed on the say so of William Hatfield's uncle, Jim Vance. This is believed to have started the beginning of the [4]Hatfield and McCoy feud, between the two families that claimed many lives on both sides.

The second recorded instance of violence in the feud, occurred 13 years later[5] with a court case. In 1878, Hatfield's cousin Floyd was accused of stealing a hog from Randall McCoy. Another cousin, Preacher Anse Hatfield, the local justice of the peace, presided over the trial. In the interest of fairness, he created a jury of six Hatfields and six McCoys. The jury found Floyd Hatfield not guilty, and Randall McCoy and some of his family blamed the Hatfields for this defeat. 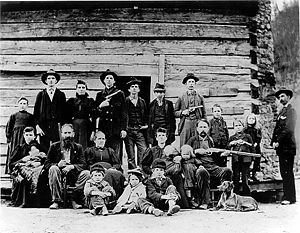 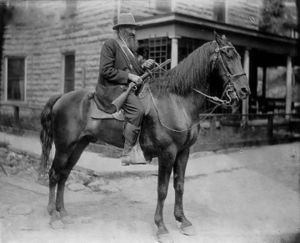 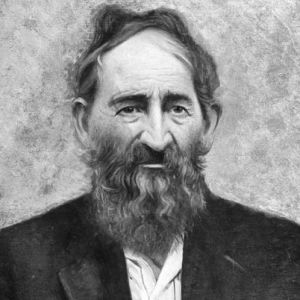 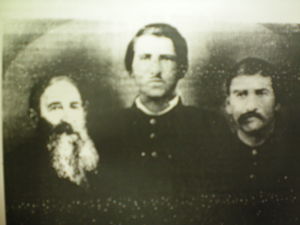 Devil Anse Hatfield on his horse

Leave a message for others who see this profile.
There are no comments yet.
Login to post a comment.
Steve Ballard
A lot of the biography here is not correct. The Logan Wildcats were Company D of the 34th Virginia Infantry. That unit never operated within a hundred miles of Tug River, and Devil Anse was never a member of the unit. Asa Harmon McCoy was literally surrounded by his fellow Unionists, many of whom had deserted the 39th Kentucky earlier in that autumn. None of his near neighbors were Confederate. Asa Harmon McCoy was in the Home Guard and was seriously wounded in the chest in February, 1862. In November of that same year, he was captured by the Virginia State Line cavalry—including Devil Anse Hatfield—and sent to Libby Prison in Richmond. Paroled and discharged in April, 1863, he returned home, still recuperating from the old chest wound. In October of 1863, he traveled to Ashland and enlisted in the 45th Kentucky Infantry.

Discharged on Christmas Eve, 1864, Harmon immediately re-enlisted and was sent home on furlough. He was, according to the sworn testimony of his widow, “killed by rebels while on his way back to his regiment.” Neither Devil Anse or James Vance had anything to do with the killing of Asa.

posted Feb 28, 2022 by Steve Ballard
Stephanie (Hatfield) Howes
I'm part of a Facebook group, that is suggesting that Devil Anse had a few children out of wedlock. Anything on this? Could have a lot of DNA connections we're not 100% aware of?

Terry Wright
I have started the bio but it needs more plus I added some sources
posted Jan 31, 2015 by Terry Wright

Terry Wright
We have now started a Hatfield and McCoy Project if any of the profile members are interested Terry
posted Jan 31, 2015 by Terry Wright

Betty Keene
Just found out that William Anderson Hatfield is my 19th. cousin.On my Father Dewey Keene's side.
posted Nov 27, 2014 by Betty Keene