Stephen Hawking is popularly regarded as one of the most brilliant theoretical physicists since Einstein.[1] He was also a celebrity, accepting cameo roles in numerous television shows and movies.[2][3]

Stephen William Hawking was born 08 January 1942 to Frank Hawking and Isobel (Walker) Hawking in Oxford, England.[4] This was 300 years to the day, as he often liked to point out, of Galileo's death.[2][3] The family lived in Oxford at the time, despite owning a house elsewhere, because of the war.[2] They later moved to St. Albans, where Stephen attended school.[2] He went on to attend Oxford, his father's alma mater, desiring a degree in mathematics.[2] When that wasn't an option, he started his lifelong pursuits in the world of physics.[2] He admits he was not really applying himself much at the time.[2][3]

In 1963 Hawking was diagnosed with a form of motor neurone disease, ALS, and was given two years to live.[2] Instead of accepting his fate, he fought it and went on to outlive his diagnosis by decades, as well as having a family and acquiring international recognition.[2]

Stephen's second marriage was to Elaine Mason, one of his nurses.[6] They divorced in 2006.

Despite his difficult health situation, Stephen became a brilliant researcher at Cambridge and Professorial Fellow at Gonville and Caius College.[2] From 1979 to 2009, he held the post of Lucasian Professor at Cambridge, the chair held by Isaac Newton in 1663, among many other scientific posts and honorary degrees.[2] He was also an author; his best-selling project, A Brief History of Time, is a New York Times best seller and was the inspiration for a documentary.[3] One of his most notable discoveries was that black holes are not actually black.[3] Another important piece of his work, his Hawking Radiation, he wanted engraved on his tombstone.[3]

Hawking stated that he was "not religious in the normal sense" and he believed that "the universe is governed by the laws of science. The laws may have been decreed by God, but God does not intervene to break the laws."[7] In an interview published in The Guardian, Hawking regarded the concept of Heaven as a myth, believing that there is "no heaven or afterlife" and that such a notion was a "fairy story for people afraid of the dark."[3]In September 2014, Hawking declared himself an atheist.[8] Despite his belief, he served in an advisory role to the Vatican.[3]

Stephen Hawking passed away 14 March 2018 at his home in Cambridge, England.[2][3] His passing occurred on Einstein's birthday and was also Pi Day (3.14). His legacy includes his many publications as well as his numerous appearances in the media and his centers for scientific research.[2] His first wife, Jane Wilde, wrote a book about her life with him, which was made into a major motion picture, "The Theory of Everything" (2014).[3] She also typed his 1965 doctoral thesis, "Properties of expanding universes."[9]

Meaning of acronyms and awards:

Is Stephen your relative? Please don't go away!

ask our community of genealogists a question.
Sponsored Search by Ancestry.com
DNA
No known carriers of Stephen's DNA have taken a DNA test. 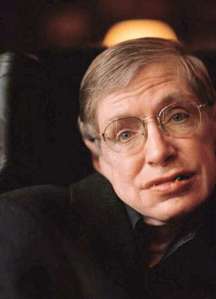 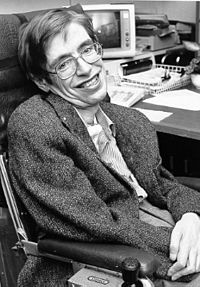 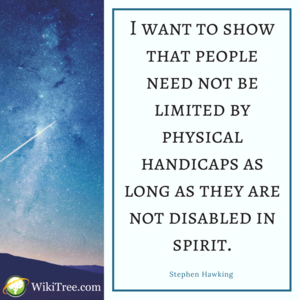 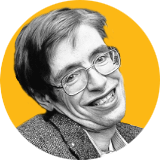 Francis Lehman
The last image, Paula Reinke Image 25 is not showing up.
posted May 23, 2021 by Francis Lehman

David Brodeur
Remarkably, Hawking's ashes are to be interred in Westminster Abbey, near the graves of Isaac Newton and Charles Darwin.

It seems a fitting tribute. http://bit.ly/2GNtNXO