American novelist, "dark romantic", and short story writer. He is most famous for writing the novel "The Scarlet Letter".

For the most current information about Nathaniel Hawthorne’s life and works, see the Wikipedia article: https://en.wikipedia.org/wiki/Nathaniel_Hawthorne.

Nathaniel was born 4 July 1804, in Salem, Massachusetts, one of the three children of a sea captain, Nathaniel Hathorne, and his wife Elizabeth Manning. His ancestors were Puritans. One of his ancestors, John Hathorne, was one of the judges of the 1692 Salem witch trials. [1]

Together they had three children, the first Una, [5] then Julian (https://en.wikipedia.org/wiki/Julian_Hawthorne), [6] and last Rose. Later they moved to Concord, Mass.

Hawthorne wrote short stories, including "The Custom House", and the novels "The House of Seven Gables", "The Blithedale Romance", "The Marble Faun" and the one that made him famous "The Scarlet Letter". Hawthorne became one of the leading writers of his time. Herman Melville, another author, dedicated "Moby Dick" to Hawthorne.

ask our community of genealogists a question.
Sponsored Search by Ancestry.com
DNA
No known carriers of Nathaniel's DNA have taken a DNA test. 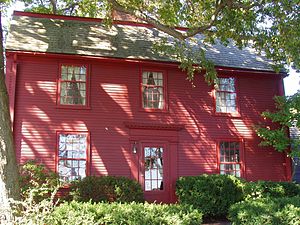 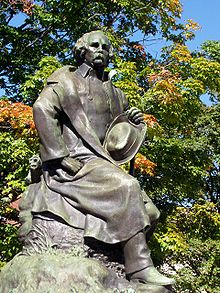 Leave a message for others who see this profile.
There are no comments yet.
Login to post a comment.
[Living Sälgö]
More info
posted Jul 18, 2016 by [Living Sälgö]