William Haywood (also known as Big Bill Haywood)was born into a working class family in Salt Lake City, Utah on February 4th, 1869. His father died when he was only 3 years old.When he was 9 years old, Haywood blinded his right eye after puncturing it with a knife while whittling(carving designs into wood with a knife) a slingshot.After only a few years in school, he took his first job as a miner in Nevada when he was about 15 years old (1884). After he married, he floated un-decisively between many jobs, but usually turned back to mining.

In 1896, Haywood became a member of the Western Federation of Miners (WFM). After he was elected as secretary-treasurer in 1900, he left his mining past behind. Haywood had a powerful speaking voice, wrote speeches, lead strikes, and spoke for the radical wing of the WFM; he was notorious. He led the union's strikes between 1903 and 1905, and was a feared man. He and his political friends were unsatisfied with the conservative approach of the American Federation of Labor, so on June 27th, 1905, they held a meeting in Chicago. Since Haywood felt the need to create one primary union, the Industrial Workers of the World (IWW) (the radical labor organization) was created.

Unfortunately, in 1906, Haywood was accused for the murder of Frank R. Steunenberg, a former Idaho governor, and was brought to trial. People were not so fond of Steunenberg, because during his time of office, he used federal troops to break up strikes, thus leaving them mostly ineffective. A detective suspected that the WFM was responsible for the killing. He cuffed Harry Orchard, a man who checked into a hotel room, consisting of a dynamite and wires. The detective told Orchard that if he confessed and named people who were involved in the plot, his sentence would be shorter. One of the three people named, was Haywood.He was set free as not guilty.

Haywood and the IWW were crushed during WWI(World War One). In 1917, the federal government arrested Haywood and a hundred others with the charge of violating the Sedition Act (The offense was to "unlawfully combine or conspire together to oppose any measure of the government of the United States"). The Supreme court rejected his final plead in 1921. Instead of showing up to court, Haywood paid money instead (also know as jumping/skipping bail). He immediately left for the Soviet Union, lived for seven more years, and died at age 59 in 1928.

Quote: "Socialism is so plain, so clear, so simple that when a person becomes an intellectual he doesn't understand socialism."-Big Bill Haywood.

Is Big Bill your ancestor? Please don't go away!

ask our community of genealogists a question.
Sponsored Search by Ancestry.com
DNA
No known carriers of Big Bill's ancestors' DNA have taken a DNA test. 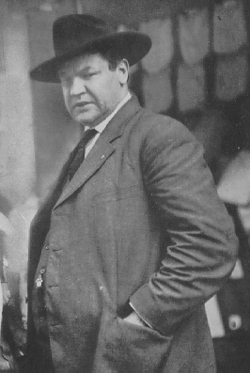 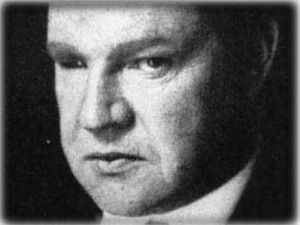