CORINTH and FLORIDA — Catherine T. MacDonald, loving mother and grandmother, passed away Monday, May 20, 2019, at the age of 83.

She married George L. Caldwell on March 27, 1955, and together they had one child, Brenda Lynn.

Catherine was known for her love of animals and her level headedness. She was referred to by her siblings as “Their Rock.” She worked for many years as a CNA, providing care for the elderly and mentally disabled patients.

Besides her parents, she was also predeceased by her former husbands, George L. Caldwell, William H. Porter and John MacDonald.

Catherine will be cremated and flown from Florida to upstate New York, where she was a longtime resident.

A funeral Mass will be held at 11 a.m. Tuesday, July 9, at the Holy Mother and Child Parish, 405 Palmer Ave., Corinth, with Rev. Kenneth Swain officiating.

Burial will be at Corinth Rural Cemetery, immediately following the service.

The family suggests in lieu of flowers, memorials take the form of donations to a charity of one’s choice.

Arrangements are under the direction of the Densmore Funeral Home, Inc., 7 Sherman Ave., Corinth.

ask our community of genealogists a question.
Sponsored Search by Ancestry.com
DNA
No known carriers of Catherine's ancestors' DNA have taken a DNA test. 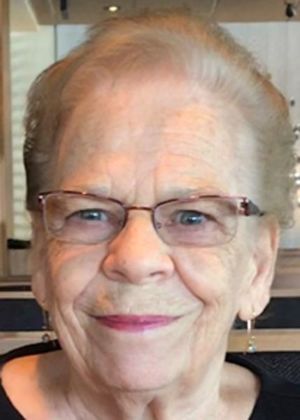