Zelma Kathryn Elisabeth Hedrick was born on Feb. 9, 1922, in Winston-Salem, N.C., the third child of Charles and Lillian Hedrick. The family moved to Kirkwood, Mo., near St. Louis, where she studied voice and aspired to an opera career. Her parents moved to California, and when she was 15 she was signed by Red Seal, the classical arm of RCA Victor Records. Seen and heard by MGM executives, she was persuaded to abandon her opera ambitions and do her singing in the movies instead.

Kathryn Grayson, the petite singer and actress whose operatic voice and campus-sweetheart beauty embodied the glamour of Hollywood movie musicals in the 1940s and ’50s, died Wednesday at her home in Los Angeles. She was 88.

Her death was confirmed by her secretary of 31 years, Sally Sherman.

She made her film debut in the title role in “Andy Hardy’s Private Secretary” (1941), opposite Mickey Rooney. This, the seventh full-length feature in the series about wholesome prewar teenagers, gave the 19-year-old Ms. Grayson the opportunity to sing Johann Strauss’s “Voices of Spring” and the mad-scene aria from Donizetti’s “Lucia di Lammermoor” onscreen.

Ms. Grayson, a coloratura soprano, was best known for three film roles: the movie hopeful who attracts the attentions of two sailors, [[ Kelly-6819 | Gene Kelly]] and Frank Sinatra, on shore leave in Hollywood in “Anchors Aweigh” (1945); Magnolia Hawks, the captain’s innocent daughter, who falls for the handsome gambler Gaylord Ravenal, (Howard Keel, in the Technicolor remake of “Show Boat” (1951); and the sophisticated, comically shrewish actress starring in a Shakespearean musical with her ex-husband (Mr. Keel again) in “Kiss Me Kate” (1953), Hollywood’s adaptation of the Broadway hit.

Her screen duets with Mr. Keel included “Make Believe” and “You Are Love” from “Show Boat,” “So in Love” from “Kiss Me Kate” and “Lovely to Look At” from the film of the same name. Along with Sinatra, she also introduced movie audiences to “Time After Time.”

Over the next 15 years she made 20 films, including “That Midnight Kiss” (1949) and “The Toast of New Orleans” (1950), both with the tenor Mario Lanza; “So This Is Love” (1953), a biography of the opera star Grace Moore; “It Happened in Brooklyn” (1947), a romantic musical in which Sinatra starred as a soldier home from the war; and her disappointing swan song, “The Vagabond King” (1956), a costume musical set in 15th-century France.

She never made it to the stage of the Metropolitan Opera, but she did appear on Broadway, replacing Julie Andrews as Guenevere in “Camelot” in 1962. The following year she began a national tour of the show but dropped out because of what was described as nervous exhaustion.

Ms. Grayson also acted in a handful of television series, beginning in the 1950s. She was nominated for a 1956 Emmy Award for her dramatic role in an episode of “General Electric Theater.” Her final screen appearance was in 1989 on the CBS detective series “Murder, She Wrote,” one of three she made on that show as a small-town gossip.

In 1941, when Ms. Grayson was 19, she eloped with John Shelton, an actor and singer, whom she divorced in 1946. She and the radio singer Johnnie Johnston were married from 1947 to 1951 and had a daughter, Patricia Towers, who survives her, along with two grandchildren and four great-grandchildren.

Ms. Grayson never seemed to consider her film career life-defining, perhaps because it was something of an accident. “After seeing my screen test, I wanted desperately to get out of my contract,” she told Hedda Hopper in a 1951 interview for The Los Angeles Times. However, she added, she had grown to enjoy movie acting: “If you don’t get fun out of a particular type of work, why do it?”

After her movie career, during which she often played opera stars, she went on to perform in actual operas, primarily in summer theaters. She also toured the country in the 1980s and ’90s with a one-woman stage show; in the late ’90s, she toured with an old movie co-star, Van Johnson.

Is Kathryn Grayson your relative? Please don't go away!

ask our community of genealogists a question.
Sponsored Search by Ancestry.com
DNA
No known carriers of Kathryn Grayson's ancestors' DNA have taken a DNA test. 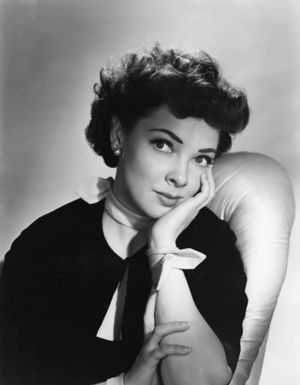 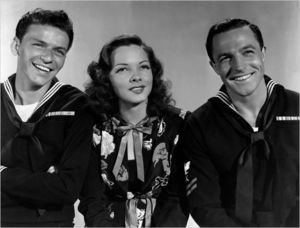