Husband of Pauline (Pfeiffer) Hemingway — married 10 May 1927 in Paris, France

Ernest Miller Hemingway was born on 21 July 1899 in Oak Park, Illinois and died when he shot himself July 2nd, 1961.[1] A renowned journalist, novelist and winner of the Nobel Prize in Literature, he is remembered for his stories.

When Ernest was born his father, "Doc Ed," a country doctor, blew a horn on his front porch to announce that his wife had given birth to a son.

Hemingway's mother was an aspiring opera singer who taught music when her career did not pan out. She was very much a product of the strict Protestant Oak Park area where she lived. Hemingway later described the place he lived as having, "wide lawns and narrow minds."

Ernest's mother wanted him to follow her love of music, but he was drawn to his father's lifestyle. He preferred the outdoors: hunting, fishing and camping. The woods and lakes of Northern Michigan led him to explore these hobbies. The family summer home, called Windemere, was near Petoskey on Walloon Lake. These early years would shape Ernest's future and inspire much of his writing.

Hemingway attended Oak Park and River Forest High School. He stood out academically and athletically. He excelled at boxing and football, as well as English. He wrote for his school newspaper, Trapeze, the yearbook Tabula, and served as editor his senior year. He wrote under the pen name Ring Lardner, Jr. as a tribute to his idol, Ring Lardner.

After graduation, Hemingway skipped college to be a cub reporter for The Kansas City Star. He worked there from 17 October 1917 to 30 April 1918. He later said he used what he learned at the Star for his future writing style.

"Use short sentences. Use short first paragraphs. Use vigorous English. Be positive, not negative."

Hemingway left his job after seven months to join the U.S. Army to see WWI in action but failed an eye exam. So he joined the Red Cross Ambulance Corps. Nevertheless, Hemingway continued to seek out combat. Once, while his unit was stopped in Paris, Hemingway left the Hotel Florida to get closer to the combat zone.

When he finally got a glimpse of war, it shook him up. Shortly after arriving on the Italian Front, an ammunition factory near Milan was blown up. Hemingway was responsible for sifting through the primarily female remains. In a later short story titled A Natural History of the Dead he recounted the horror of this experience.

On 8 July 1918 Hemingway was wounded delivering supplies. He was struck by shrapnel from a mortal shell which remained in his legs. He was also hit by machine-gun fire. He was awarded the Silver Medal and Military Valor from the Italian government for carrying a wounded Italian soldier to safety, in spite of his own injuries.

The Silver Medal of Military Valor was first created in 1793, by Italy. It was (and still is) given to those individuals demonstrating extraordinary courage and heroism, in times of war. During WWI, both military and civilian personnel were eligible to receive this distinguished medal of honor.

Ernest was awarded the Bronze Star Medal, in June 1947, at the U.S. Embassy in Cuba for his numerous contributions and courage as a war correspondent doing whatever he could in acquiring accurate and timely recordings of conditions and actions by those on the front lines of combat.

The Bronze Star Medal is the 4th highest-ranking U.S. medal, given out to the military, foreign or domestic, for extraordinary acts of heroism, acts of merit, or exemplary service in combat.

For his numerous contributions to the literary world, he was awarded the prestigious Nobel Prize, with ceremony held in Stockholm. Unfortunately, he was unable to attend due to his recovery from injuries occurring from an airplane crash in Uganda.

Sponsored Search by Ancestry.com
DNA
No known carriers of Ernest's DNA have taken a DNA test. 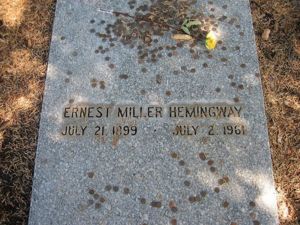 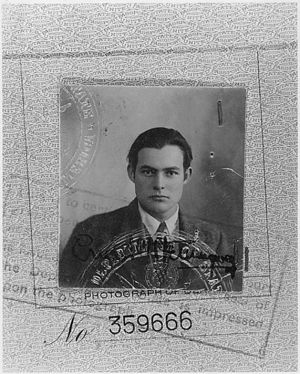 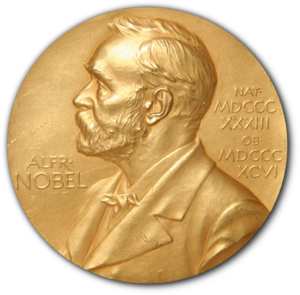 Richard (Jordan) J
Did the cause of death actually state

"Cause: self-inflicted gunshot due to hemochromatosis"?

"Yet another theory holds that Hemingway suffered from hemochromatosis, a rare genetic disorder that leads to an inability to absorb iron. Left untreated, it can lead to intense fatigue, memory loss, depression and diabetes, all of which affected both Hemingway and other family members. But as with other conjectures about the cause of Hemingway’s mental health struggles, experts are unable to be 100 percent sure of any diagnosis."

Richard (Jordan) J
In 1953, The Old Man and the Sea was awarded the Pulitzer Prize for Fiction, and it was cited by the Nobel Committee as contributing to their awarding of the Nobel Prize in Literature to Hemingway in 1954.[2]

Pat (Fuller) Credit
Oak Park, Illinois was not incorporated until 1902. Ernest was born in Cicero and that was his residence in 1900. He lived in the best part of town at 600 North Kenilworth. Trulia has a picture of the house which is currently valued at $658,918. Frank Lloyd Wright's home was a few blocks away.
posted Jul 31, 2019 by Pat (Fuller) Credit