Lt Jack Hemingway was a Prisoner of War during World War II.

Leaves Dartmouth College-Enlists in Army at start of WWII

New York Times Archives John was initially assigned to North Africa, Military Police Division, before being promoted to a Lieutenant for the Office of Strategic Services, working with the French Resistance.

"Timeless Hemingway" John sustained injuries during WWII, while in France, before being captured by the Germans, becoming a "Prisoner of War" from Oct 28, 1944 to April 30, 1945 at the Moseburg Prison Camp.

"Hemingway: The Postwar Years and the Posthumous Novels"

New York Times Archives John and Byra had three daughters: Joan (Muffet), Mariel, and Margaux, who preceded him in death.

Idaho Department Of Fish And Game October 10, 2001 marked the first annual state-recognized "Jack Hemingway Annual Conservation Day", as decreed by then Governor of Idaho, Dirk Kempthorne, in honor of Jack Hemingway's numerous contributions to the conservation of Idaho's natural resources

Additional Information about the Office of Strategic Services

U.S. National Park Service, "OSS in Action: The Mediterranean and European Theaters" EXCERPT: " It has been estimated that during World War II, the total number of people who served in the OSS probably numbered fewer than 20,000 men and women altogether, less than the size of one of the nearly one hundred U.S. infantry divisions, a mere handful among the sixteen million Americans who served in uniform in World War II."

"Hemingway: The Postwar Years and the Posthumous Novels", page 74, by Rose Marie Burwell

Sponsored Search by Ancestry.com
DNA
No known carriers of Jack's DNA have taken a DNA test. 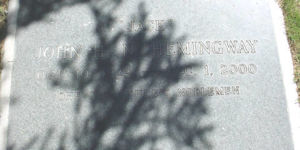 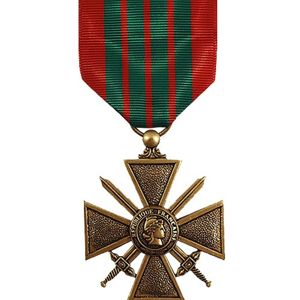 Darlene (Scott) Kerr
Due to the standardization of military categories, please change the following:

posted Jun 05, 2017 by Darlene (Scott) Kerr
Sally x
Hello Aaron, we have been working to improve the profiles of Hemingway family. I sent request to be added to trusted list. Per NY Times obit John Hemingway died Dec 2000 wife Byra Whittlesey died 1986. Thanks, Sheila
posted May 21, 2014 by Sally x