Archie owned a bullock team in Leith Valley, Dunedin, Otago, New Zealand. He and the team featured in the Otago Witness in 1918 in what looks to be part of a series on waning occupations, and reads like the team was brought out of semi-retirement to show how it was done. A relative reports that he and the team had transported her x great grandparents' house to its current place in Leith Valley. An impressive set of bullock horns still adorns my house (well relegated to the garage) but as a child they hung in the hallway of my childhood home. Henderson-2297 16:57, 15 March 2018 (EDT)

From 1920 he was "Lineman for the county" moving to Roxburgh, Central Otago to bring the telephone lines through from Milton, and maintained the lines around the district thereafter.

After retiring from the Post Office, Archie occasionally worked at Robb's Garage in Roxburgh.

There are TWO Archibald Hendersons born Jan 1883 in New Zealand.

In the 1919 electoral rolls, my granddad is shown as an elector living in Woodhaugh, Dunedin North with wife Agnes Manson Henderson, the other Archibald is living in Te Kuiti, Waikato with (2nd) wife Minnie Jane, later moving to Cambridge, where his father's obituary places him in 1921. Henderson-2297 11:25, 28 December 2018 (UTC)

Is Archibald your relative? Please don't go away!

ask our community of genealogists a question.
Sponsored Search by Ancestry.com
DNA Connections
It may be possible to confirm family relationships with Archibald by comparing test results with other carriers of his Y-chromosome or his mother's mitochondrial DNA. Y-chromosome DNA test-takers in his direct paternal line on WikiTree: It is likely that these autosomal DNA test-takers will share DNA with Archibald: 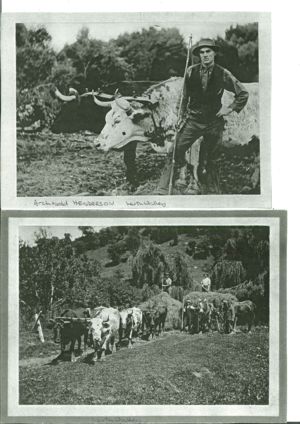