Katharine Houghton Hepburn (May 12, 1907 – June 29, 2003) was an American actress of film, stage, and television. Known for her headstrong independence and spirited personality, Hepburn was a leading lady in Hollywood for more than 60 years. She appeared in a wide range of genres and received a record four Academy Awards. The American Film Institute named her the greatest female star of Classic Hollywood Cinema.[3]

Hepburn's only husband was Ludlow Ogden Smith, a businessman from Philadelphia whom she met while a student at Bryn Mawr. The couple married on 12 December 1928 at the home of her parents in Hartford, Connecticut.[4] A move to Hollywood in 1932 cemented their estrangement, and in 1934, she traveled to Mexico to get a quick divorce. They were divorced 25 April 1934 in Progreso, Mexico.[5]

Hepburn began to act while studying at Bryn Mawr College. After four years in the theatre, she gained the attention of Hollywood. She won an Academy Award for her third picture, Morning Glory (1933), but then had a number of box-office failures. Hepburn bought out her contract with RKO Radio Pictures and acquired the film rights to The Philadelphia Story, which she sold on the condition that she be the star. The movie, based on the play of the same name, was inspired by the life of Helen Hope Montgomery, daughter of Col Robert Leaming Montgomery. In the 1940s, she was contracted to Metro-Goldwyn-Mayer, where her career focused on an alliance with Spencer Tracy. The screen-partnership spanned 25 years and produced nine movies.

Hepburn continued to act as she grew older, finding a niche playing middle-aged spinsters, such as in The African Queen (1951). Three more Oscars came for her work in Guess Who's Coming to Dinner (1967), The Lion in Winter (1968), and On Golden Pond (1981). In the 1970s, she began appearing in television films. She made her final screen appearance in 1994 at the age of 87.

She died on June 29, 2003, at the Hepburn family home in Fenwick, Connecticut.[6] She was 96 years old and was buried in Cedar Hill Cemetery in Hartford. [7]

Is Katharine your ancestor? Please don't go away!

ask our community of genealogists a question.
Sponsored Search by Ancestry.com
DNA Connections
It may be possible to confirm family relationships with Katharine by comparing test results with other carriers of her ancestors' mitochondrial DNA. However, there are no known mtDNA test-takers in her direct maternal line. It is likely that these autosomal DNA test-takers will share DNA with Katharine: 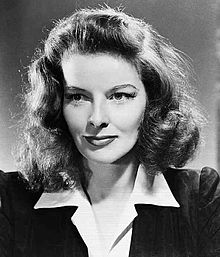 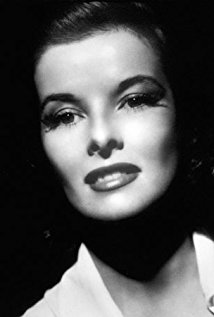 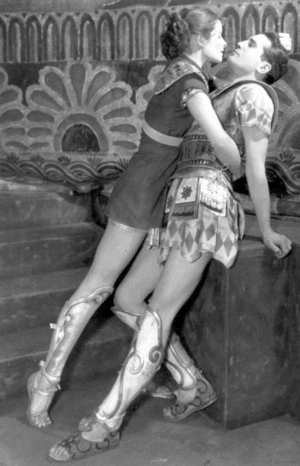 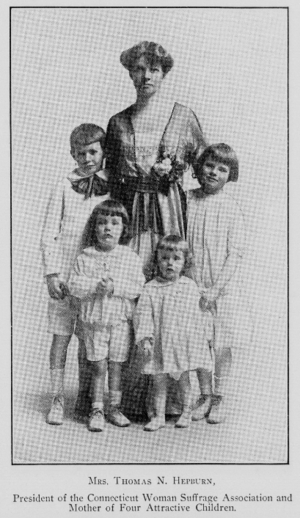 Katharine is 17 degrees from Laurie Giffin, 32 degrees from Toni Morrison and 16 degrees from Henry VIII of England on our single family tree. Login to find your connection.