The Rt Hon George Herbert was a member of the aristocracy in England.

George Augustus Herbert was born on October 29, 1759[1] He was the only son of Henry Herbert 10th earl of Pembroke and 7th earl of Montgomery who was Lord of the bedchamber to George III, and Elizabeth Spencer.

He was educated at home at Wilton House and then at Harrow. He attained the rank of General in a military career, serving in the French Revolutionary Wars. He became a member of parliament in 1780, for his family borough of Wilton. He held the seat from 1780 - 1784 and again 1788 - 1794, becoming Vice Chamberlain of the Household inbetween. He was also made Governor of Guernsey during the course of his career.

George inherited the FitzWilliam estates in Ireland from his grandmother, and his father's Wilton estate.

He married twice, firstly to his first cousin, Elizabeth Beauclerk with whom he he had 4 children and secondly to Countess Ekaterina Semyonovya Vorontsova with whom he had 6 children.

George had a younger sister Charlotte who died when she was 10 years old. He also had 2 illegitimate half siblings, Augustus Reebkomp Montgomery and Caroline Medkaff who had different mothers. George's brother Augustus was not given the family name but was welcomed at Wilton House and they grew up together. George was very fond of Augustus and his brother's widow and 2 children were well provided for by his father's estate. After Augustus died young, his 2 children spent a considerable amount of time with George and his family. [2]

George passed away on 26 October 1827 at Pembroke House in London. He was buried at his estate at Wilton on 12 November. 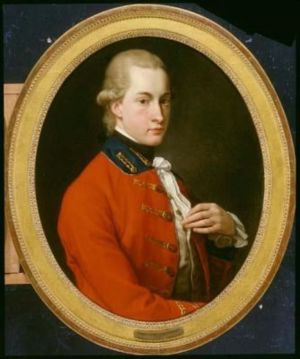 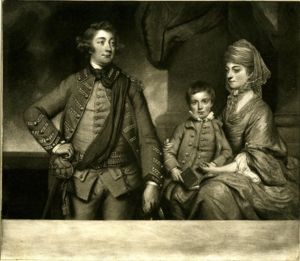