Augustus was born in the Netherlands on 23 November 1762. He was the illegitimate son of Henry Herbert the 10th Earl of Pembroke and 7th Earl of Montgomery and Lord of the bedchamber to George III, and his mistress Elizabeth Catherine Hunter known as 'Kitty' with whom he eloped to Europe for a time before returning to his wife. "Kitty" Hunter was descended from Edward III and was the daughter of an MP and Lord of the Admiralty.

Augustus was baptised on 16 December 1762 in the village of Loenen, Utrecht, The Netherlands and the baptism was recorded at St Mary's Anglican church in Rotterdam. He was baptised Retnuh Augustus Herbert. Retnuh was his mother's birth name Hunter spelled backwards and he was known by his middle name Augustus.

The Earl eventually returned to his wife, Lady Elizabeth Spencer, who graciously welcomed Augustus at their home, Wilton House, where he was company for his half brother, the earl's legitimate son, George Augustus Herbert who became the 11th earl of Pembroke on their father's death. However, she did not go so far as to allow Augustus to bear the Herbert family name and his last name became REEBKOMP, an anagram of Pembroke. The earl went on to have other affairs and an illegitimate daughter. Augustus' mother Kitty had another affair, with Augustus' godfather, the future earl of Bristol, before marrying an officer, Alured Clarke. Her biography and pictures can be seen at [http://humphrysfamilytree.com/Hunter/kitty.html ]

Augustus was educated at Eton between 1767 and 1771, enrolled under the name REPKOMBE, before entering the Royal Navy at a very young age. He served in the American war 1779 - 1783, after which he went on leave for almost 5 years. He received a commission in the Royal Navy in 1791 and he changed his surname to Montgomery when he became a captain in the Royal Navy. He served in the Mediterranean from 1790 - 1791and in February 1791 he met Susan Maltass from Smyrna, Turkey, who was also known as Suzanne.

He married Susan in Smyrna in October 1791 and they had 2 children, George and Elizabeth. His father died in 1794 and his estate provided for Augustus' 2 children.

Augustus died on HMS Theseus in Cawsand Bay, Plymouth, England in 1797 aged 34, leaving a young wife and 2 small children. He was buried 16th February 1797 in the churchyard of Stoke Damerel Church, Plymouth. His will was dated June 1796 and was proved by his half brother George Augustus Herbert the 11th Earl of Pembroke on 11th March 1797, at the Prerogative Court of Canterbury.

Augustus' will provided for his wife on condition that she not remarry. The Pembroke estate also provided for her and provided very well for their 2 children who spent a substantial amount of time at Wilton House with the earl of Pembroke and his family. A third child is later mentioned in the will of Augustus' wife, but this child is not mentioned in his will. The child was born many months after Augustus' death and was named for him. It appears likely that Augustus' wife was unaware that she was pregnant, when her husband died suddenly, aged 34. The child was not provided for by the Pembrokes.

ask our community of genealogists a question.
Sponsored Search by Ancestry.com
DNA
No known carriers of Augustus's DNA have taken a DNA test. 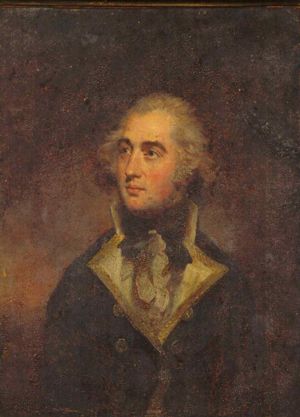 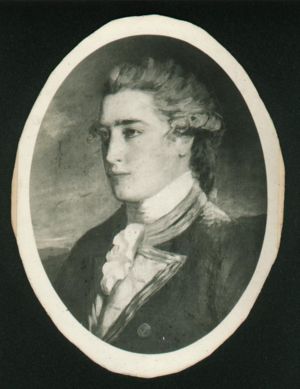 Leave a message for others who see this profile.
There are no comments yet.
Login to post a comment.
Susan O'Carroll
Thank you Astrid, that is wonderful to have the baptism transcript. So he was baptised in his father's last name, probably to satisfy the church. Civil birth registration did not begin in the Netherlands until about 30 years later and in England not until the 19th century. So his baptism is the only official naming document. He was never known by the last name of Herbert though, as Lady Pembroke forbade it. I'm not sure now whether to change his last name at birth to Herbert, or not, since officially it was Herbert but that was never used. I'll follow up to see the best course of action.
posted on Reebkomp-1 (merged) Apr 26, 2020 by Susan O'Carroll

During Clean-a-Thon I came across this profile that looks great!! Datadoctor gives a suggestion on Middel Name and Unique LNAB so I took a peek. As I love these kind of profiles and I know how to find and search churchbooks I gave it a try. I did not find what I was looking for but sharing what I found. SubscriptionBaptismNote 16-12-1762, Rotterdam, The Netherlands. There are spelling mistakes in it. I tried per FS to find the baptism note but the churchbooks are not available online. There is a note in the transcription ("Opmerkingen: kind sirnamd (surnamed?) Herbert, vader earl of pembroke, dopeling gedoopt in Loenen i/d prov Utrecht) saying: Child sirnamd Herbert, father earl of pembroke, child baptized in Loenen in the province of Utrecht. Tried to find a baptism note in Loenen per Family Search but no luck so far.