Marie Hessen und bei Rhein was a member of the aristocracy in Europe.

Maximiliane Wilhelmine Auguste Sophie Marie, known by her last name Marie, was legally the youngest child of Ludwig II, Grand Duke of Hesse and by the Rhine (Hessen und bei Rhein) and his wife, Wilhelmine, Princess of Baden, and was born 8 August 1824 at Darmstadt. However as her parents were separated for many years before her birth, her father was probably August Ludwig von Senarclens-Grancy.

I think the information below is is copied from Wikipedia and will need to be altered. From Wikipedia:

She was born in Darmstadt, the capital of the Grand Duchy, and died in Saint Petersburg. The Mariinsky Theatre and the city of Mariehamn in Åland are named after her.

Marie was the youngest of seven children born to the Grand Duchess Wihelmine of Hesse (1788–1836), who was the youngest sister of the Russian Empress-Consort Elizaveta Alexeievna (known in Germany as Louise of Baden). Marie was, in other words, the niece of Tsar Alexander I and Empress Elizabeta Alexeievna.

The younger four children of Marie's mother, the Grand Duchess Wilhelmine, were probably the biological children of Baron August von Senarclens de Grancy, but to avoid a scandal, Ludwig II, Grand Duke of Hesse acknowledged Alexander and Marie as his own children; the other two had died young.

in 1838, the Tsarevich Alexander Nikolayevich toured Europe to find a wife, he fell in love with the 14-year-old Marie. He married her on 16 April 1841, even though he was well aware of the "irregularity" of her birth. His mother Empress Alexandra Fyodorovna objected, but Alexander insisted.

As she was very shy, she was regarded as stiff, austere, and with no taste in dress, no conversation, no charm. The damp climate of St. Petersburg did not agree with the delicate chest Marie had inherited from her mother, so that she often had a racking cough and recurring fever.

Nevertheless, she became the mother of eight children. These pregnancies together with ill health kept her away from many Court festivities, which brought temptations to her husband.

She is buried at the Peter and Paul Cathedral, St. Petersburg, Russian Empire.

In later years Nicholas II’s eldest daughter, the Grand Duchess Olga, claimed to have seen the ghost of her great-grandmother, the Empress Maria Alexandrovna as a small child, according to her nanny, Miss Margaretta Eagar. 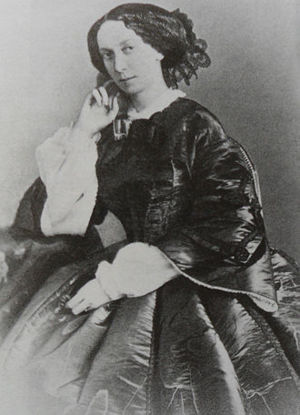 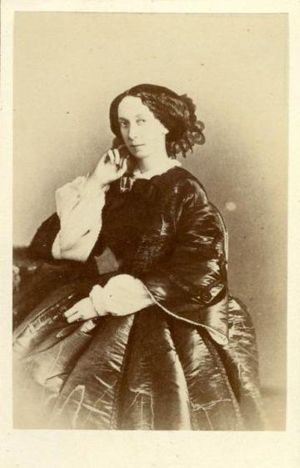 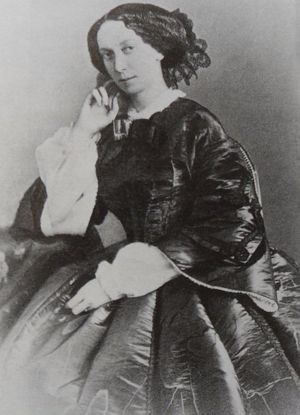 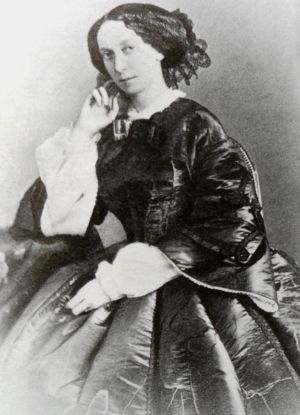 Mark Shernick
Darmstadt-1 and Von Hessen und bei Rhein-2 appear to represent the same person because: These are definitely the same person, but what was Marie's proper last name? Please merge as you see fit.
posted Jul 02, 2015 by Mark Shernick

Vic Watt
Hesse and by Rhine-2 and Darmstadt-1 appear to represent the same person because: Same, please merge. Thanks.
posted Jan 09, 2015 by Vic Watt