David was a German mathematician. He is recognized as one of the most influential and universal mathematicians of the 19th and early 20th centuries and made significant contributions to the field through the discovery and development of invariant theory, the axiomatization of geometry, and one of the foundations of functional analysis (Wikipedia).

According to Luke Mastin at the Story of Mathematics website, “Hilbert bravely spoke out against the Nazi repression of his Jewish mathematician friends in Germany and Austria in the mid 1930s. But, after mass evictions, several suicides, many deaths in concentration camps, and even direct assassinations, he too eventually lapsed into silence, and could only watch as one of the greatest mathematical centres of all time was systematically destroyed. By the time of his death in 1943, little remained of the great mathematics community at Göttingen, and Hilbert was buried in relative obscurity, his funeral attended by fewer than a dozen people and hardly reported in the press.”

In 1934, David Hilbert, by then a grand old man of German mathematics, was dining with Bernhard Rust, the Nazi minister of education. Rust asked, “How is mathematics at Göttingen, now that it is free from the Jewish influence?” Hilbert replied, “There is no mathematics in Göttingen anymore.” - Evelyn Lamb (2017) 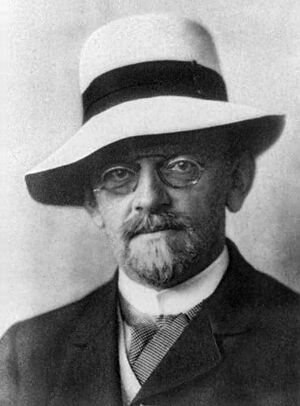