Vic Hills is the descendant of a Huguenot emigrant.

Victor Samuel Hills was born on August 5th 1919 in Barking, Greater London, England.[1] He was the son of Harry Hills and Sue Hall and the twin of Alfred Walter Hills, Vic was the youngest of 11 surviving children. The twins were known as Alf and Vic, they were born prematurely, both babies weighed less than 2 lbs. and were not expected to live. Vic's twin died when he was 6 days old. After a time Vic's mother asked the hospital Matron if he would survive; she was uncertain so his mother took him home saying she would enjoy him while she had him. Her devoted care and that of his sister Sue ensured his survival.

On leaving school in 1933 he worked in the City of London at Langley Smith & Co. at first as an office messenger boy. He attended evening classes to learn book-keeping and typing and after a year became an accounts clerk. He also helped in the family business collecting stock from Houndsditch Warehouse and sometimes serving in the shop.

Vic joined the territorial army shortly before World war II and was in the Royal Army Service Corps from 1939-1945. He served at a number of places in England including Sudbury, Yorkshire and Arminghall, Norfolk. While he was there he met Alice Larner at a dance in Norwich. He wrote to her shortly afterwards and their friendship grew. They married on November 1st 1942 at Christ Church, Eaton,[2] near Alice's home in Norwich because by this time her father was too ill to travel further.

The next year Vic was posted to Accra in the Gold Coast (now Ghana) West Africa. He enjoyed his time there and was relieved to be away from the fighting in Europe but he missed Alice terribly.

At the end of the war he came home and was demobbed; finding no work in London he looked for work in Norwich and was employed as a clerk at Daniels seed Merchants. In 1946 Vic and Alice bought a bungalow in Hellesdon, a suburb of Norwich, where they spent the rest of their lives.

In 1949 Vic's only child, Christine, was born. He was a devoted husband and father throughout his life. In 1953 Vic got work as an invoice clerk at the Norvic Shoe Co. and in the mid '50s he began doing some evening and weekend work as a G.P.O. telephonist. In 1967 he gave up his office work to become a full time G.P.O. telephonist and he worked at the Telephone Exchange in Norwich until he retired.

He had nearly 20 years of retirement and with Alice celebrated his Diamond Wedding a year before he died. Vic loved travelling the countryside, by cycling up until 1963 and then driving, which he enjoyed. He often sang at the wheel and liked listening to classical music. He and Alice spent many holidays touring Scotland. They also went to Switzerland, Italy and Austria, loving the scenery and the music. They were both members of the National Trust and in the early years of their marriage were regular worshipers at St. Peter Mancroft. In later years they worshiped at Norwich Cathedral.

The last two years of Victor's life were difficult as his health deteriorated. He was admitted to the Norfolk and Norwich University Hospital in October 2003 and died there on November 5th 2003.[3] His funeral Service was held in Norwich Cathedral and he was buried in the new burial ground beside St. Mary's Church in Hellesdon.[4]

Vic Hills is one of twins.

Is Vic your relative? Please don't go away!

ask our community of genealogists a question.
Sponsored Search by Ancestry.com
DNA Connections
It may be possible to confirm family relationships with Vic by comparing test results with other carriers of his Y-chromosome or his mother's mitochondrial DNA. However, there are no known yDNA or mtDNA test-takers in his direct paternal or maternal line. It is likely that these autosomal DNA test-takers will share DNA with Vic:

Mary with two of her brothers, Bill (left) and Vic Hills 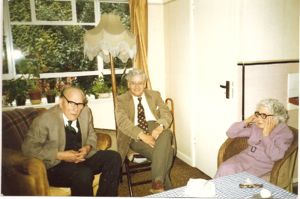 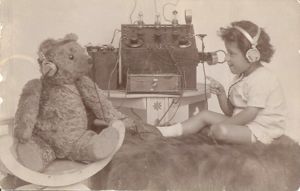 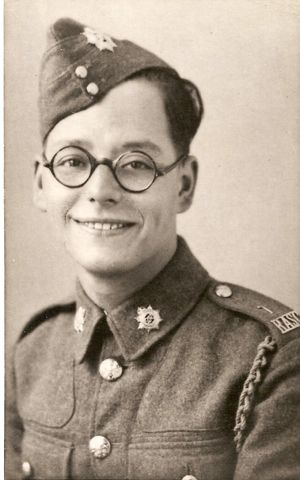 Vic Hills on a family outing to Ingleton Waterfalls 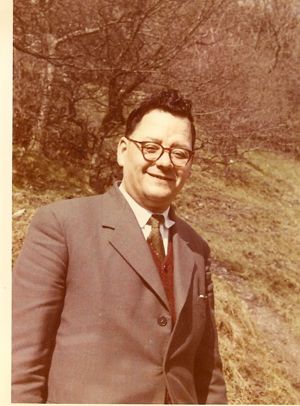 Vic is 31 degrees from Danielle Liard, 27 degrees from Jack London and 20 degrees from Henry VIII of England on our single family tree. Login to find your connection.