Minnie (Hills) Barnett is the descendant of a Huguenot emigrant.

Minnie Rose Clinton Hills was born on June 22, 1903, at 50, Hermit Road, Canning Town, Greater London, England.[1] She was the daughter of Harry Hills and Sue Hall. Minnie was the fourth of twelve children. She was named after two of her father's sisters, Minnie who died of tuberculosis aged 16 and Rose who died in childbirth at the age of 24. Minnie lived at Hermit Road, in the home of her maternal grandfather and his family until the Hills family moved out; for a time they lived at East Street Barking. The 1911 census shows Minnie there with her parents and siblings, though Sue who followed Minnie in the family is not listed because she was staying with a friend of her mother.[2] Eventually the family settled at 61, North Street, Barking.

After their marriage Minnie and Bill lived in Old Ford and while they were there Minnie's youngest brother Vic lived with them for a time, possibly to console Minnie after the death of her first child in 1925. Minnie and Bill had 2 boys who died in infancy then a girl and boy who lived to have families of their own. They moved back to Barking and had a tobacconists and sweet shop, registered in Bill's name but run mostly by Minnie as Bill worked in Whitechapel as a Dreyman for a Brewery.

When they had been married eleven years Bill died very suddenly of heart failure. Minnie mourned him deeply and got comfort by frequent visits to his grave.

Their children were still very young and Minnie went to live with her sister May, who already had two of her four children. Most of the time Minnie minded all the children while May worked in the family shop.

Minnie died very suddenly from a virus, on April 1, 1957 at the age of 53.[4] She had always said that she did not want to live to be old and be a burden to anyone. She was cremated and her ashes were interred in the grave of her parents at Barking Cemetery.[5]

DNA Source Paternal relationship is confirmed by an AncestryDNA test match between Christine Hills and her first cousin 1x removed Elizabeth Benns through her maternal line. Their most-recent common ancestor is Sue Hall Christine’s Grandmother and Elizabeth's Great Grandmother. Predicted relationship from AncestryDNA: 1st to 2nd cousin, based on sharing 950 cM across 45 segments.


Memories: 1
Enter a personal reminiscence or story.
Christine (Hills) Frost
When Minnie died at the age of 53 she got her wish as she had always said that she did not want to live to be old and become a burden to anyone.
posted 24 Nov 2014 by Christine (Hills) Frost   [thank Christine]
Login to add a memory.
Is Minnie your ancestor? Please don't go away!

ask our community of genealogists a question.
Sponsored Search by Ancestry.com
DNA Connections
It may be possible to confirm family relationships with Minnie by comparing test results with other carriers of her mitochondrial DNA. However, there are no known mtDNA test-takers in her direct maternal line. It is likely that these autosomal DNA test-takers will share some percentage (beta) of DNA with Minnie: 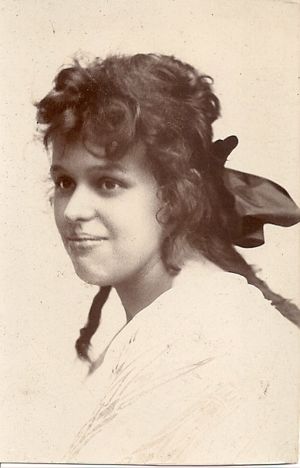 Minnie Barnett at her daughter's wedding, she is fourth from the right, her son, Peter John on her right. 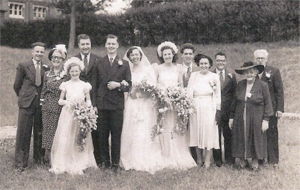 Minnie (left) with her sisters Franie and Sue 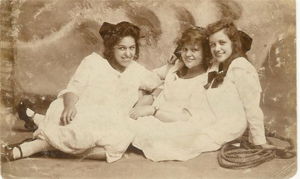 Minnie and her sister Sue with their uncle, Charles (Wag) Reeves, who was visiting London with the family from Australia 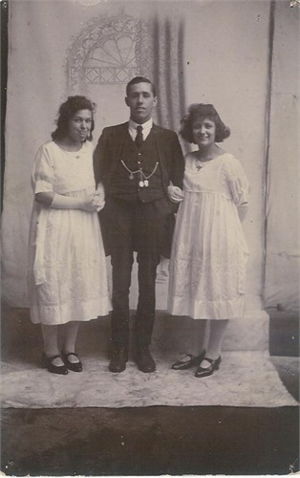 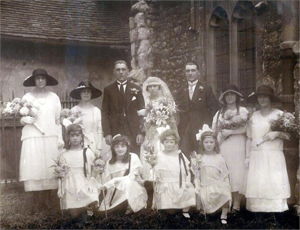