May (Hills) Sexton has Jewish Roots.

May (Hills) Sexton is the descendant of a Huguenot emigrant.

May (Hills) Sexton was born in Barking, Essex, England.

Louisa May Hills was born on April 12, 1915 at Barking, Essex, England. [1] She was the daughter of Harry Hills and Sue Reeves.
he had a very fair complexion and fair hair unlike most of her siblings and was sometimes known by the nickname 'Fairy' as a young child. She was named after her mothers sister, who in fact never used the name always being called 'Sally' and thus Louisa May was always called May.


May was the youngest of the six Hills girls and was very close to her next sister, Birdie. They went to dances together and went for holidays together to their Norfolk relatives, Birdie pairing up with Jack Gay and May with Harry. Harry's parents were convinced that May would marry him and were quite put out when she married Charlie Sexton on June 14, 1939.[2]

Charlie was away in the RAF during the war and May worked with Birdie in her husband's fish and chip shop, often singing as they fried and served up the chips. Soon May had two children and after the war two more were born.
May and her sister Minnie, who was widowed, lived together in Whiting Avenue Barking. May returned to work in Hills Stores, the family shop at 61, North Street, while Minnie ran the house and looked after the children. Later they moved to Sisley Road next to their sister Franie and her family.
By this time Charlie had been discharged from the RAF and ran his own fish and chip shop in Goodmayes.


Eventually the Sextons moved to Goodmayes but May continued to work in Hills Stores in Barking until they moved to Bradwell in Norfolk in the mid 1960s.
May had become an expert on records and was offered work by HMV but she was content to help Charlie in his fish and chip shop in Bradwell.
At first they lived above the shop but after a couple of years they bought a house in nearby Belton.

In the late 1970s May developed cancer and she died in the Norfolk and Norwich Hospital on August 10, 1980.[3] She was cremated at Gorleston Crematorium Norfolk.

ask our community of genealogists a question.
Sponsored Search by Ancestry.com
DNA Connections
It may be possible to confirm family relationships with May by comparing test results with other carriers of her mitochondrial DNA. However, there are no known mtDNA test-takers in her direct maternal line. It is likely that these autosomal DNA test-takers will share some percentage of DNA with May: 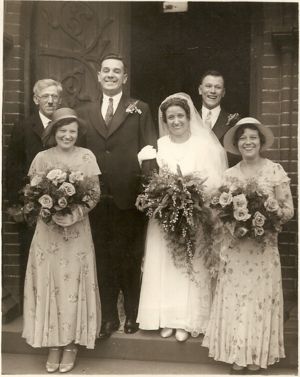 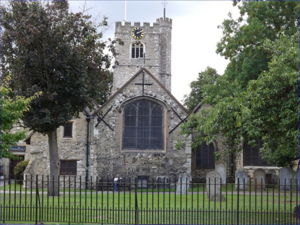 Vic Hills (left) with May and Charlie Sexton 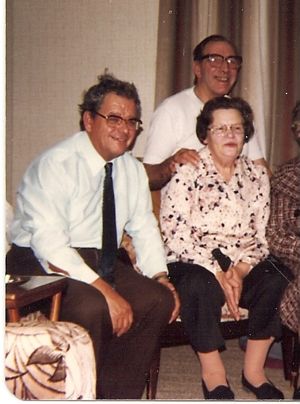 Minnie's two youngest sisters, Birdie, (right) and May, as her bridesmaids. 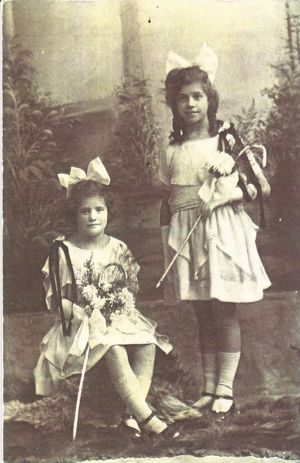