For detailed information on Hitler's life, see the Wikipedia article here. Additional sources that discuss his ancestry are listed below.

He served in the Great War, in the Imperial German Army (16th Bavarian Reserve Regiment) and Reichswehr (unified armed forces of the Weimar Republic), from 1914–1920 with the rank Gefreiter (Second rank or grade to which an enlisted soldier, airman or sailor could be promoted). He was stationed at the Western Front and was at the First Battle of Ypres, Battle of the Somme (WIA), Battle of Arras and Battle of Passchendaele. He was awarded the Iron Cross First Class, Iron Cross Second Class and Wound Badge.[1] 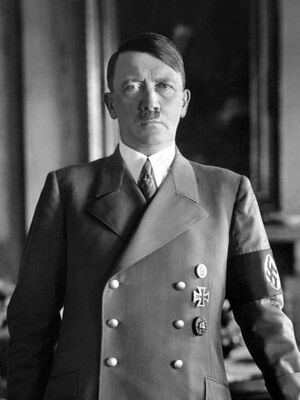 Steven Tibbetts
And possibly this?

Michael Stills
You may want to include this info as well.