"Lily Elsie" was the stage name of Elsie (Hodder) Burroughs. She was born to Charlotte Elizabeth Hodder on 8 April 1886[1]. When her mother married William Thomas Cotton in 1891, [2] Elsie took his name, becoming Elsie Cotton.

She was a child star, appearing in many Edwardian musical comedies, and when she grew up, was considered to be "one of the most photographed women of Edwardian times", [3] because she was so beautiful. The show which made her famous was the 1907 production of 'The Merry Widow'. However, she was painfully shy, even as a child, and this, combined with various illnesses, including anaemia and psychological issues (resulting in brain surgery), contributed to her later unhappiness and hypochondria.

Lily Elsie, age 15, is found with her mother in a boarding house at 30, Waterloo Road, Lambeth, London, England, both describing themselves as 'actress'. At the time, Lily Elsie is appearing in The Silver Slipper by Owen Hall and Leslie Stuart.

In 1911 she married Major John Ian Bullough; [4] she wore a pale pink gown, embroidered with pearls, and trimmed with ermine. But the marriage was not a happy one, and does not seem to have produced any issue. The couple divorced in 1930.

A website dedicated to her at lily-elsie.com provides much rich information about her life and the productions in which she acted.

ask our community of genealogists a question.
Sponsored Search by Ancestry.com
DNA
No known carriers of Elsie's ancestors' DNA have taken a DNA test.

Images: 1
Lily Elsie as Sonia in The Merry Widow 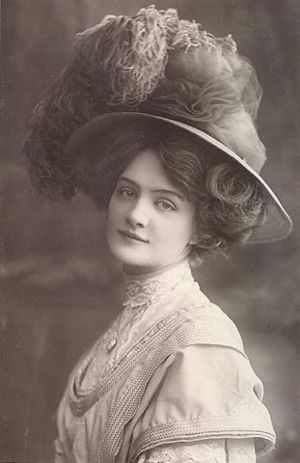