Winslow Homer is born February 24, 1836 in Cambridge, Middlesex, Massachusetts, United States.[1] He is a son of Charles Savage Homer and Henrietta Maria Benson.[2][3]

Winslow grew up in Cambridge, Massachusetts.

He went to the Country School and graduated in 1855.

Homer began his career working as a commercial illustrator.

Winslow is considered one of the foremost painters.

Some of the things most important to Winslow included oil painting and producing major studio works.

It was September 29, 1910 in in Prout's Neck, Maine, United States[3] when Winslow passed away from an unspecified death. He was buried in the Mount Auburn Cemetery.

Is Winslow your ancestor? Please don't go away!

ask our community of genealogists a question.
Sponsored Search by Ancestry.com
DNA Connections
It may be possible to confirm family relationships with Winslow by comparing test results with other carriers of his ancestors' Y-chromosome or mitochondrial DNA. However, there are no known yDNA or mtDNA test-takers in his direct paternal or maternal line. It is likely that these autosomal DNA test-takers will share some percentage of DNA with Winslow: 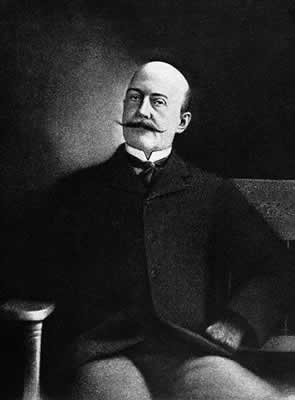 Sailing the Catboat by Winslow Homer 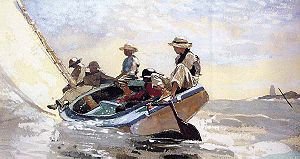 Breezing Up by Winslow Homer 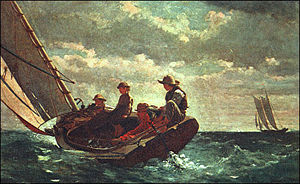 The Fog Warning by Winslow Homer 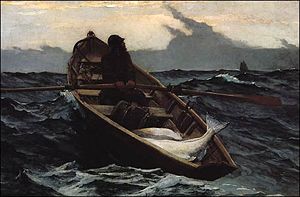 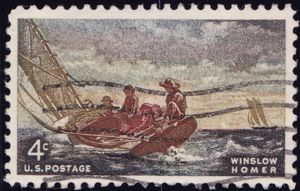