"Both of his parents were Quakers."
August 10, 1874
Herbert was born to Jesse Clark and Hulda Randal Minthorn-HOOVER, in West Branch, Cedar, Iowa. [1]

December 13, 1880
Jesse, Herbert's father passed away leaving his mother, Hulda, working to retire her husband's debts and care for their children.

February 22, 1884
His mother Hulda passes away leaving her children, Hoover, his older brother, Theodore and his younger sister, Mary, orphans.
Their Fellow Quaker, Lawrie Tatum, was appointed as Hoover's guardian.[2]

Herbert went west to Oregon to

Next he moved southward to California to

He called California his permanent residence, Palo Alto to be exact, from his college years until his death in 1964.

1897-8 Herbert was invited by Bewick, Moreing & Co to undertake exploration and examination of their mines in Western Australia.[3]

April 18, 1906 San Francisco Earthquake & Fire: wonder where they were at this time?

March, 1907, Assisted in the rescue of trapped miner Modesto Vareschetti from the Westralia Mine at Bonnievale, Western Australia.(near Coolgardie)

March 4, 1929
When Herbert Hoover was inaugurated as President of the United States,

"Charles Curtis, the nation's first Native American Vice President, and the first person with acknowledged non-European ancestry, was from the Kaw tribe in Kansas."

1932
"To pay for government programs and to make up for revenue lost due to the Depression, Hoover signed the Revenue Act of 1932."
"The ailing economy, combined with Hoover's support forProhibition policies that had lost favor, set the stage for Hoover's overwhelming defeat in 1932."

April 29, 1946
Tokyo War Crimes Trial--Following months of preparation, the IMTFE convened on. The trials were held in the War Ministry office in Tokyo.

Sponsored Search by Ancestry.com
DNA Connections
It may be possible to confirm family relationships with Herbert by comparing test results with other carriers of his Y-chromosome or his mother's mitochondrial DNA. Y-chromosome DNA test-takers in his direct paternal line on WikiTree: 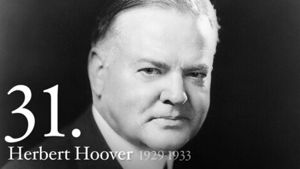 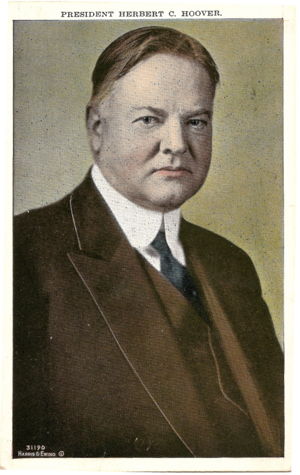 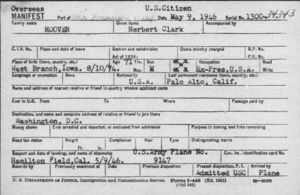 David Urquhart
Hi PM's, FYI, Herbert Hoover was in Western Australia in 1897-8, and again for periods from 1902 until about 1908. He founded the Zinc Corporation with others in 1905. Whilst he was in W.A. he assisted in the rescue of a trapped miner. I'll leave this for you to slot in, if you wish to.

You are welcome to add an entry in the timeline for this era, very interesting.

Thanks, I thought it was interesting when I found out.

I couldn't find any other records for Herbert Clark Hoover on WikiTree. He was orphaned before he was 9 yrs old and reared by an uncle in Oregon. He wrote 2 books: 'American Individualism (1922)', and his 'Memoirs (1951)'. Source: The New Encyclopaedia Britannica.